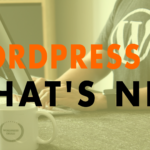 00:37 David Blackmon: Today in episode 658, we’re going to discuss WordPress 5.5. It’s coming out the first week of August we’re press. We’ll be making a pretty major yeah update to its core functionality and Tim and I don’t normally do this, but we felt like it was something we wanted to start doing when WordPress releases a main update, we won’t be doing it for all the updates, but when they release some core functionality and make some significant changes, we felt like it might be important for us to cover it on WP The Podcast, since we’re a WordPress podcast. So that’s what we’re going to do.

01:13 Tim Strifler: Yeah, absolutely. And we are actually taking, uh, some of the notes from today’s episode, from our good friend, Adam Prizer over at WP crafter. Uh, definitely check him out. He’s a great guy. We’re friends with him and he puts out some really great content. So he did a, uh, episode, uh, published, uh, July 8th, uh, titled huge WordPress update coming version 5.5. Everything is about to get a whole lot better. And so Dave and I both watched his video. And so we’re not going to reinvent the wheel. We’re going to summarize. And then we’re going to point you over to his channel to watch the video more in depth. If you want to dive deeper than what we’re covering, but we’re going to give you a high level overview today.

01:54 David Blackmon: Absolutely. You want to kick it off or you want me to start?

01:56 Tim Strifler: Um, I can go ahead and start. So, uh, There there’s a lot in this, in this video. And as I mentioned, we’re not going to cover everything, but one of the big things is the performance specifically with Gutenberg. Now, if you’re using any type of page builder with  WordPress, you know, one of the drawbacks to using a page builder is, it’s going to slow down your site just a teeny bit, because there’s just a lot more happening on your site. A lot more that WordPress has to do a lot more work, a lot more CSS, JavaScript, everything. Um, however, it’s a small price to pay for all the power that you have at your fingertips in terms of customization ability. Well, the Gutenberg block builder is not nearly as powerful as, uh, the other builders out there. However, they’ve made some. Really big optimizations and they are able to load a page extremely fast. So the native Gutenberg builder, uh, might not be as powerful, some of the other builders out there, but it definitely is the fastest and hopefully it will push its competitors to become faster too. And when I say competitors, I’m talking about the other WordPress builders, such as Divi ement or et cetera

03:05 David Blackmon: Awesome. The next feature that we want to discuss that we think is pretty important is. Auto plugin and theme updates automatically allowing you to update. Now, I’m going to put this out there before we even talk about this. I’m not really sure I would do this across the board for all of my plugins and themes, uh, because some of them do have the potential of it. Sorry to break your site. So you don’t, you don’t want to arbitrarily ever just go in and select. Auto updates on everything because your site could potentially get broken depending on the, on the breakage. I mean, if you think about it, if you’re new to WordPress, WordPress is a piece of software, plugins and themes or other pieces of software that are interacting with each other. WordPress has an update. Well, plugin or theme may not have updated to the latest WordPress yet. And it could potentially break your site. That’s kind of layman’s terms. So what, but what WordPress, or is now going to allow you to do is it’s going to allow you to pick and choose which ones you want to auto update. So it’s not a blanket overall. You have to do it all or nothing. It actually allows you to go in to each plugin on your site, each theme or one theme your theme. Um, I don’t know of any sites that are running multiple themes, unless they’re a multisite, um, you know, it’ll allow you to go in and choose whether or not you want a specific plugin to do an automatic update, and there may be some that are safe. They don’t have a ton of functionality. It’s not going to destroy your site. And you know, you may, you may want to just go ahead and allow it to auto update every time. So, yeah, it’s a great new feature

04:53 Tim Strifler: Yeah. And if you do that only do it. If you. Already have daily automatic backups happening, uh, cause otherwise it could get disastrous. But as David mentioned, maybe some of the ones that maybe aren’t as key to the functionality of your website would be the safe ones to enable. The next feature is XML site maps are going to be built into WordPress. So if you don’t know what an XML site map is, it’s essentially a map. Of all of your pages on your site, all of the content and the links for that content. And it basically gets submitted to Google via Google search console, and it tells Google here’s my website. Now go and index it. And it’s basically you telling Google where to find all your stuff for your website. Now, typically you have to use some sort of a. Plugin a, whether it’s an SEO plugin, a Yoast and all in one SEO, SEO Framework, I’m pretty sure all of the major SEO plugins have site maps built in, um, or there probably is also, um, standalone sitemap plugins as well. Um, but either way you used to have to use some sort of a plugin and it. When you create new content, automatically updates the site map. And so Google’s notified through that when you add content. Um, but you’d have to use an additional plugin as I mentioned. And so now with WordPress 5.5, it’s going to be built in which really it’s something that should have been built in years ago, uh, because every website needs a site map that wants to be found on, on the search engine. So, um, that’s something that’s pretty cool. You want to have to configure it and apply, and it’s going to be configured natively within WordPress.

07:02 David Blackmon: Awesome. The last feature that we want to focus on is native lazy loading images. And you may be asking yourself what the heck is native image, lazy loading. And I’m going to kind of give you a, you know, basically what lazy loading is. Is this the technique? That differs the loading of noncritical resources, images in the case that we’re discussing right now and leaving them off screen until you need them images or eye frames load on the page only when the user needs to display them. So if you’re scrolling down the page and you come upon an image, it’s going to pull up that image. Whereas normally without lazy loading attributes, It loads, all the images on the page and everything, regardless of whether or not you’re down at the bottom, looking at those images and stuff. So adding native, lazy loading into WordPress core is a pretty big deal. Cause guess what? It’s going to go back to 0.1, which is sitespeed, which is going to allow your pages to load a whole lot quicker, especially if for your user. And it’s a great user experience because your user doesn’t, we don’t have to wait for everything to load on a page. We can only. You know, as we get to it, it loads and we need it and stuff, and it just makes things run a lot faster as opposed to everything loading at once. Tim, I’m not sure if I covered that. Well, I’m typically not the tech guy, Tim is. So if I miss something, please correct me.

07:59 Tim Strifler: Yeah, no, that was good. Um, now there’s, there’s other things mentioned. Uh, that will be released in WordPress 5.5. A lot of the ones we haven’t talked about yet are centered around the block builder specifically. So we’re not can dive into that, but as we mentioned, you can go to Adam’s video and watch that. But for example, some of them are like being able to drag spacing, copy and paste style, ALS  responsive controls, a device previews, and a lot of those things are, are kind of copied directly from. Uh, page builders like DIVI and so, uh, if you’re, if you’re already using Divi, then those things will, will seem familiar to you. Um, but yeah, that’s basically it there’s a lot of cool things coming. It’s definitely, I would call it a major WordPress update.

08:44 David Blackmon: Absolutely. You can look for that at the beginning of August, I think is the slated release time for WordPress 5.5. All right. Tomorrow, we’ve got another great episode, episode six 59. Why we install CloudFlare on. Every website we build it’s important. Come check it out tomorrow, Tim. Until tomorrow. We’ll see you then.

How to Tell Which WordPress Theme a Website is Usi... 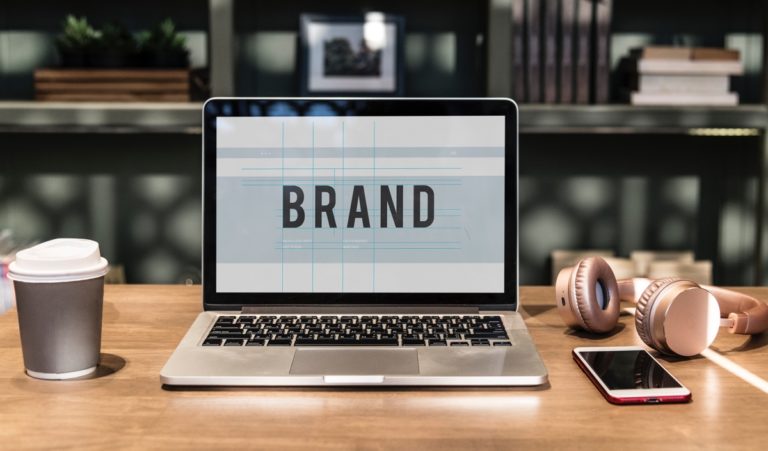 The Best Plugins for Rebranding the Backend of Wor...