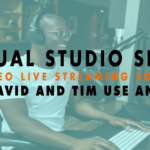 00:37 David Blackmon: Today in episode 657. We’re going to talk about. Our well, we’re going to continue our virtual studio series. If you’ve joined us over the last few weeks, you’ll notice that we started the virtual studio series, where Tim and I go over the equipment and the tools we use to do live streams, to record podcast episodes, and to pretty much work on a daily basis. Because we get a ton of questions inquiring about this stuff today. We’re going to talk about the video and live streaming software that we actually use and what we’ve kind of settled on. Obviously, there are lots of choices out there. There’s lots of people in the game and there’s probably going to be even more companies getting in the game as people are working more from home because of COVID-19 and the pandemic. Um, lots of things that we’ve talked about have been sold out. You can’t even get them for an extended period of time because everybody and their grandma. Is doing live streams and video type kind of content. And so, so they wanted to talk about the software that we use and, uh, I’m going to let my good buddy and partner, mr. Tim Strifler for get us kicked off.

01:54 Tim Strifler: Yeah. Yeah. And before we do, I do want to mention, uh, if you haven’t listened to the other episodes in the virtual studio series, we definitely recommend it. So, uh, episode 646, 649, 652. 655. We talk about cameras, lighting, microphones, desks, everything that we use. Uh, and it’s all the stuff that we get. As David mentioned, we get a lot of questions for, so we thought it would be helpful. Um, so the on today’s episode, the video and live streaming software that we use, uh, in terms of live streaming, we use Ecam. Ecam live is live streaming software, and you can basically, uh, set up a virtual, uh, experience that will be pushed out to the interwebs. Uh, and so it’s really, really powerful. You can turn on overlays, you can program scenes. So when you change scenes, it will change the overlay and the camera angle. You know, if you have multiple cameras and, uh, if you can do picture and picture, you can do screen sharing. It’s very, very powerful, but it’s also very intuitive software as well. Uh, I’ve used other. Products, such as OBS, which stands for open broadcasting software as well as Wirecast, which is, uh, from ScreenFlow. I think same company that does ScreenFlow, uh, both are very powerful software, but very, very hard to use. Very overwhelming, huge steep learning curves, where E cam is, is very intuitive. It’s powerful. Uh, but it’s probably not as powerful as the other ones, but you can do everything you’ll need to do. Um, and the learning curve is a lot simpler. Once you dig into it.

03:35 David Blackmon: And their community is just awesome. Tim and I have joined the E cam live community on Facebook and they’re constantly all of the members in there are people just like Tim and I, and as they learn something new, they share it. So there’s very much a open source feel to it, even though it’s a SAS product. Um, like Tim said, he cam is fantastic. So check it out. Wirecast cast, cave, my brain in when Tim and I used that long once upon a time. As a matter of fact, I just let Tim handle it all and kind of gave up now with Ecam. Even Dave can handle.

04:17 David Blackmon: Next to what we’re going to talk about is Zoom. And Tim and I are actually on a zoom call right now, as we’re recording this episode. And occasionally we go live behind the scenes, WP, the podcast I’m recording, and we’ll go live to Facebook and YouTube and show you what it, what it’s like when we record these episodes behind the scenes and we use zoom.

Zoom for that as well. Um, SIM is really easy, obviously it’s, it’s exploded because of COVID-19 all the teachers, students, schools, um, everybody around the world is using zoom. It seems like. And. We have noticed some, some, uh, you know, kind of loss in signal strength, but not a tremendous amount. I think it’s mainly because of the fact that more and more people are on zoom and their servers are just overloaded for whatever. Uh, but zoom is a great product for virtual calls for video conferencing with clients, for doing webinars, for doing live streams, even, uh, As we mentioned, we use we’ve transitioned over to Ecam for our live streams and stuff, but Zoom, we used to do our live stream through zoom as well. There’s just no customization. We want our company’s branding. We want our companies, um, you know, colors, all of the stuff that. We want to do, we can do an Ecam. We can’t do assume. So. That’s one of the reasons why we transitioned away from using Zoom, but Zoom is a fantastic platform. Guess what? There’s a free version, a free version that allows you to do zoom calls, live streams, anything. And. You know, it capture it 40 minutes at 40 minutes. It’s going to cut you off. So if you’ve got more than a 40 minute call, you can’t use hymns free version. So check it out.

06:06 Tim Strifler: Yeah. Can you do live streams with the Zoom free version, like go on from a zoom call to Facebook live and stuff like that, or is that only on the paid?

06:18 David Blackmon: Well, Tim, I just said it. If I just said it, if they don’t do it, they need to add it into the free version. What the hell? Honestly, I don’t know. We have, we’ve had the free paid version for so long. I honestly don’t remember if the free version has live stream or not. So I could be wrong.

06:34 Tim Strifler: Yeah, I have a feeling it’s in the paid version, but yeah, don’t quote us on that. So the third piece of software that we use for video and live streaming is Restream. Now Restrain is, is a software that you don’t really use. On its own, you, you use it with a different other software. And so for example, we actually use Restream with both Ecam live and Zoom. And so for example, restream is, uh, well, let me tell you what it is before I give you the example restream basically is a tool that allows you to stream to a bunch of different, uh, live streaming platforms all at once. And so, uh, The way we use it is we connect it to cam and you can basically broadcast the live stream to Restream and then Restream then takes it to, uh, YouTube Facebook, um, Facebook groups, uh, you know, different Facebook channels. So we’ve done like different channels at once. Whereas like all of David’s Facebook and YouTube channels, all on my Facebook and YouTube channels and then our joint Facebook and YouTube channels. And so we do that through. Restream and so we can connect Restream to Ecam live. We can also connect restream to Zoom. Uh, we, David and I are also part of a podcast, a weekly podcast called Divi chat, which is like a round table live discussion. And we do that through Zoom, uh, via Restream cause we’re live on YouTube and Facebook, the addition to Facebook’s Newark, but we it’s powered by, by Restream as well as Zoom. So, uh, very, very powerful. And those are the three that we use. Ecam live, Zoom and Restream.

08:30 David Blackmon: Is that kind of wrap up everything we wanted to talk about?

08:34 David Blackmon: I think it was a ended up being what, a five part series…

08:38 David Blackmon: Where we’ve talked about the different tools, desks, you know, lighting, cameras, gear. I want to say it’s a five part series and you know what, we’re going to do a Roundup post. You know, if you’re not on our email list, come on over and jump on our email list. We’re going to do an email blast where we do a Roundup of, uh, of our virtual studio series. So you can have it all in one place and stuff.  Um, but yeah, come on over and join it. Hope. This has been a great episode for you tomorrow. We’re going to discuss WordPress 5.5. It’s common. We want to talk about what’s new and we’re going to focus on the key features that Tim and I think are important to look at. Tim until tomorrow. We’ll see you then.

Previous podcast How to Juggle Work Life and Home Life When You Work at Home with Family | EP 656
Next podcast WordPress 5.5 – What’s New | EP 658 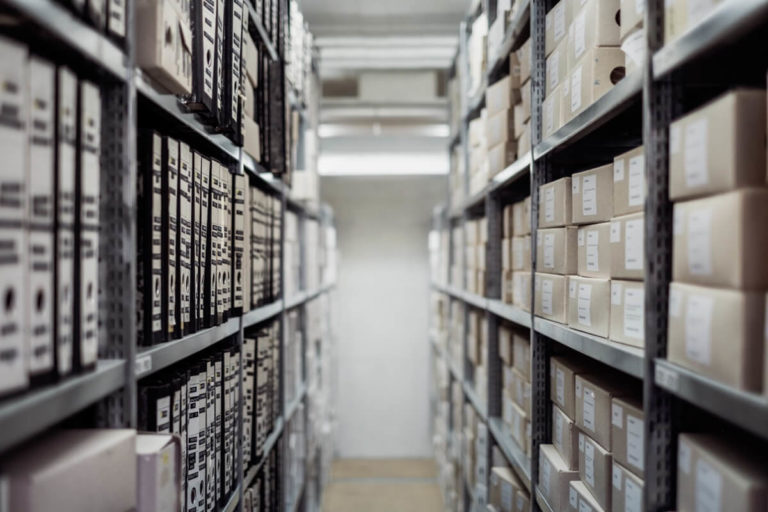