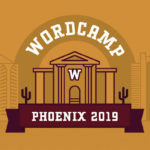 00:28 David: Hey, everybody. Welcome to another episode of WP The Podcast, brought to you by WP Gears. I’m David Blackmon.

00:38 David: Today we’re going to talk about WordCamp Phoenix 2019, give a recap, and we’ve got a special bonus for you. Make sure you listen to this episode to the end because you don’t want to miss that. And you may be thinking, “Hey, wait a minute. WordCamp Phoenix was a week ago, and you guys are just now doing a recap?” Well, we’re going to tell on our ourselves a little bit here, because we actually batch record a lot of our episodes. We don’t actually record daily because that we be very hard, so we will record one or two times a week, and we’ll do multiple sessions at one time.

01:17 David: We knew we were going out of town to speak at WordCamp Phoenix, so we actually prerecorded all the way through to Wednesday, and you guys are listening to this podcast on Thursday. We still wanted to bring it to you because we thought it was really valuable information, and Tim and I just wanted to let you know how it went.

01:39 Tim: Yeah, and it would be a little bit difficult to record a recap before we actually had the event, so we’re like, “Well, a couple of day late, that’s all right.”

01:50 Tim: But, yeah, WordCamp Phoenix was awesome. David and I had the privilege of speaking again. We spoke last year together, and then we spoke again this year on email marketing. I think we probably did the best, we’ve spoken together, I think it was our fourth time speaking together, and I think it was the best we’ve ever done. Everything was smooth, we got really great feedback on the talk, on the email marketing, all the strategies and everything that we shared, so we walked away very excited and pumped because of that, because of the feedback that we got from people.

02:28 David: Yeah, we always enjoy attending WordCamps because they just, for us and for our business and what we do on the product side of things, as well as the course side of things, we’ve always found that WordCamps are very, very valuable to us because of, you know, it’s not because we get customers there and stuff to buy our stuff, but it’s an invaluable resource because there are many other product developers there, creators, course creators and stuff, and we get to network with them, and touch base, and friends that we haven’t seen in a while is pretty awesome.

03:09 David: I think probably one of the best and most exciting things for me, outside of how well our talk went, because I really agree with you, Tim, I think it was the best, hands down, that we’ve done. And just FYI, we did record this with my phone. Audio is okay. It’s not the worst, it’s not the best, it’s not professionally done. However, I do think, going forward, whenever we talk, we may actually invest in recording these talks, putting a little bit of more thought into it before we do it, so that we can let our listeners come watch it, listen to our talks and stuff. Obviously it’ll be on WordPress.tv when it comes out.

03:50 David: However, one of my highlights was meeting some of the people who listen to this podcast and another podcast that Tim and I do, Divi Chat. We got to meet quite a few people from our WordPress community that listens to us and or watches us on YouTube, and that was pretty exciting. It was pretty neat to meet people and stuff, and to put faces to names, and some of our regular attendees on our live streams that we do each week, they were there as well, so it was really cool.

04:25 Tim: Yeah, and one of the first things that David said when he was doing our introduction of our talk was, how many people are listeners of WP The Podcast, and there was a lot more hands than I was expecting to see. So that was really encouraging, that you guys, our listeners, were able to attend the event, and that we have more listeners than I expected to be at the event, so that was really encouraging as well.

04:51 David: You mean that it’s not only our moms listening to this podcast, Tim?

04:56 Tim: Yeah, exactly. Luckily we have analytics so we can see that people are listening, and our listener base is growing. We’re seeing that with the reviews that you guys are leaving, so thank you for listening, thank you for leaving reviews. We have 30 five-star reviews on … or I think they’re five stars. Our average is close to five. But we have 30 reviews on iTunes. I don’t know if you knew that, David.

05:19 David: I did not know that, Tim. Thanks for throwing me under the bus there, buddy.

05:23 Tim: Yeah, so we need to go in there and read those, because I didn’t have time to read them. I was able to see that we have a lot more than last time I checked, which was pretty awesome. So thank you to everyone, we really do appreciate it.

05:46 David: … God, I swear, I think it’s the best-run WordCamp in the country, and not that I don’t love you, Orange County, or US, or any of the other WordCamps that we attend pretty frequently and regularly. They just do a really amazing job. Everything’s done real well, it’s organized, it’s well attended. I mean, they gapped out and sold out again for the third or fourth or fifth year in a row, and they had 600 attendees, so-

06:22 David: Yeah, so they just do a really, really great job. Got to give Raquel, and Carol, and Cory, and … God, I’m forgetting so many people that are on that organizing committee. I probably shouldn’t have started naming names because I didn’t have them all and I don’t want you guys to feel like you’re … Those are just people that I know personally, and I know are on the organizing committee, and they just have done a great job, and kudos to them. I know they’ve been trying to land WordCamp US for a while now, so I’m kind of hoping they get it one year. I think it would be awesome in Phoenix.

06:58 Tim: Yeah, definitely. Yeah, and they have a big team. Yeah, so props to Raquel, the lead organizer, that can do a great job managing the team, and they all have their own kind of focus and job and all of that. So, yeah, don’t feel bad David. I think there’s like 10 of them on the organizing team now, so …

07:16 David: David, Clancy, a couple of them are coming back to me now. And I will say, hey, Matt, if you’re listening to this, yes, that is you, Matt Mullenweg, if you happen to listen to WP The Podcast, I’m throwing a plug in there for Phoenix as a possible choice for the WordCamp selection in the next few years, or at least within the next decade. It would be really awesome to have one there. I know they’re really hoping to get one, one day.

07:47 David: All right, Tim, anything else that we missed? The sessions were amazing. Yeah.

07:57 David: Oh, man, I almost forgot the bonus. I plugged them in the beginning to keep them to end. Absolutely, go ahead.

08:06 Tim: Yeah, so we did a talk on email marketing, and one of the things that we talked about was list building, email acquisition, user acquisition, so many different names, but basically building your email list. One of the ways you do that is providing value and getting people to subscribe, so freebies is often the best way to do that. So we thought, why don’t we practice what we’re preaching, and so we created a special PDF bonus for WordCamp Phoenix, as well as our listeners here on the podcast, that you can go to wpgears.com, put in your email, subscribe to our list, and you will get sent the PDF bonus.

09:24 David: Fantastic. Tim, thank you so much for covering that. That was actually, was going to be my next thing. I was going to say, hey, let’s just put a link in the nav bar, and guess what, you already did it, so might even get a little highlight to it, as well, whenever, later on. I’ll get somebody to go in there and we’ll make it stand out, that little button and stuff. All right. Well, tomorrow we’ve got another great topic, how to create a mobile app from your WordPress website. Tim, until tomorrow, we’ll see you then.

Previous podcast Google Ads vs Facebook Ads, Which is Better? | EP 458
Next podcast How to Create a Mobile App from Your WordPress Website | EP 460 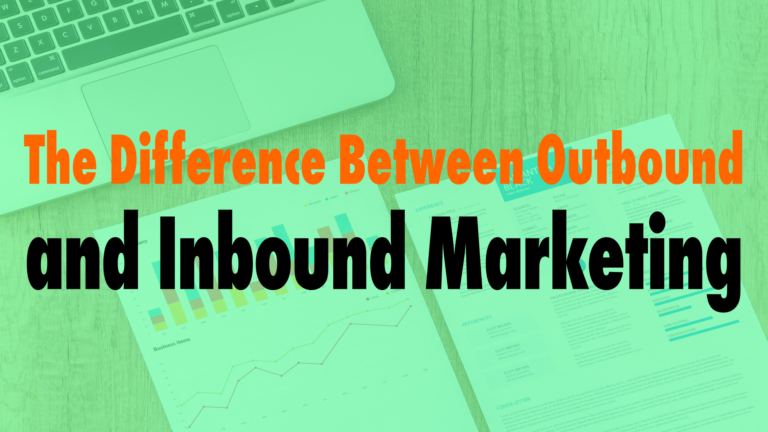 The Difference Between Outbound and Inbound Market... 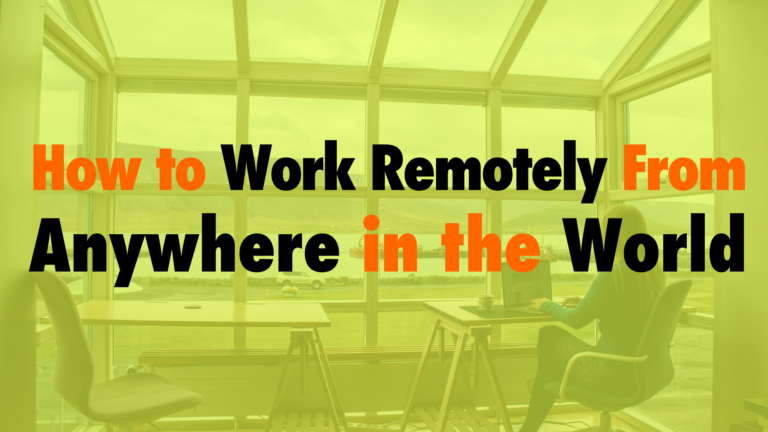 How to Work Remotely From Anywhere in the World | ...

How to Deal With Non-Responsive Clients to Move Pr...