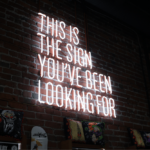 What Are The Differences Between Google AdWords and Facebook Ads?

00:38 David Blackmon: Before we get this episode kicked off today Tim, I do want to say, it’s good to be back. Yeah.

00:43 David Blackmon: I hope our listeners have been patient. I know we took a longer than intended break, but now that we’re back into the groove and we’re recording the podcast, I just, I’m glad that we’re back.

00:56 Tim Strifler: Yeah, I couldn’t agree more. Absolutely. Our good friend Josh Daly at WPMU Dev, he runs the Whip newsletter. They’ve been awesome. They share WP the Podcast quite a bit in the Whip. In this last one, he wrote, WP the Podcast is back finally, winky face. We hear you Josh. We’re glad to be back.

01:18 David Blackmon: Yeah, and we want to give a shout out to Josh, they have their podcast, Hello WP, which we had them on WP the Podcast, latter part of last year, to promote their new podcast that they were coming out with with their Guttenberg episode that they put out as a teaser, which I thought was just phenomenal. Guess what folks? They launched it officially, and they have the whole first season up. You can go and binge listen to it. That’s what I plan on doing tomorrow when Tim and I are traveling to work camp Phoenix to talk on Friday.

01:55 Tim Strifler: I was planning that exact thing. I had been saving it for the flight. Yeah.

01:58 David Blackmon: Yeah. So go check it out, Hello WP. We think you’ll really, really like it. Today, we’re going to talk about Google Ads versus Facebook Ads, and which are better. Truthfully, both are great, they just work really differently. It depends on what your goals are, and what you’re trying to achieve. We’re going to kind of dive into that today and talk about when you may want to use one over the other. Tim, why don’t you get us kicked off?

02:26 Tim Strifler: Yeah definitely. I would say if you haven’t done either and you’re trying to figure out which one to start with, I would probably recommend starting with Facebook. It’s simpler, little bit, the interface is a lot easier to understand. In my experience, you end up spending less money. You get more for your money with Facebook. It’s getting more expensive than it was several years ago, but Google Ads, it can eat up your budget rather quickly without really seeing much results.

02:56 Tim Strifler: Kind of, in my opinion, Google Ads is it’s keyword based, for the most part, on their search page. When someone types in, say for example, you sell iPhone cases, probably don’t recommend getting into that, very competitive saturated market, but, say for example you do and someone types in iPhone case, well you can bid on those keywords, and your ads will show up when they’re specifically looking for that thing. Where Facebook is, it’s a news feed. People are on there, they’re looking at cat videos, their friend’s baby videos. They’re looking at, they’re seeing their Facebook group posts from all their different groups that they’re in and stuff like that, and then they’re going to see some ads in there as well. They’re not necessarily out there searching for something specific, but you can target them based off of behavior, demographics, interest, stuff like that, as well as some retargeting stuff that we’ll talk about here in a minute.

03:52 Tim Strifler: That’s kind of the two different approaches. They’re different platforms. Facebook is not a search engine, where Google is. It kind of goes down to the buyers’ intent, where you can target them on Facebook, but they’re not necessarily looking for it at that time.

04:07 David Blackmon: Absolutely. Man, I was going to say a whole bunch of stuff, and it just left my brain Tim. Here’s what I want to say. Again, first of all, let me say, if you’re running ads, absolutely they work. If you’re in the business and if you’re building websites for clients and stuff, I want to throw this caveat out there because I’m very passionate about this and I feel very strongly about it. The long play for getting people to come an purchase your products or your client’s products is the much better play. Yes, you can do ads, Facebook, Google, but if you don’t put in some type of content marketing strategy to where you’re getting organic traffic to your website to get eyeballs on whatever it is you’re selling, you’re going to be basically feeding these machines forever. If you’re making a positive return on your investment and you’re getting a good ROI on the ads that you’re running, then maybe you don’t want, maybe you don’t care about creating a content marketing machine to get organic traffic.

05:16 David Blackmon: Ultimately in the long run, your goal should be to supplement your content marketing strategy with paid ads because let’s be honest, who wants to pay for something forever when they don’t have to. I’m telling you, you don’t have to. But, it does take awhile to get established. I mean, it’s an 18-24 month process. In that meantime while you’re getting established, use some of these strategies. Go do some Facebook ads, some Google ads to start driving traffic to your website to purchase your products and stuff. But, at the same time, do some content marketing too to start gaining some authority on these search terms that you’re paying for as well.

06:01 Tim Strifler: Yeah, I definitely agree. In terms of Google Ads versus Facebook, again, as we mentioned from the beginning, they’re both great, they work differently. I think the best strategy is to use them together. For example, this is just one scenario that you can do. There’s lots of different strategies. If someone’s looking for something that you sell, we’ll go back to the iPhone case example, and they type in iPhone cases, and they click on your ad, they come to your website, they look at it. They may or may not buy right away, but what you could do is you can re target them. You can have a Facebook pixel on your site. As soon as they view a particular page, you can re target them over on Facebook.

06:39 Tim Strifler: When they are scrolling through and watching cat videos and videos of their family and friends sand all that good stuff, now they’re going to see an ad. It’s not something that they’ve never seen before. It’s not brand new. You’re not really advertising to a cold audience. They already looked at your site, and that’s why they’re seeing it. Now they’re seeing it again. They’re being reminded of what they almost purchased yesterday for example.

07:02 Tim Strifler: That’s just one example of the kinds of things that you can do to use the power of Google Ads and Facebook ads to work together. To throw out a marketing buzz word, Synergy, you get that synergy between the two platforms.

07:15 David Blackmon: Absolutely. Well, tomorrow we’ve got another great topic for you on WP the Podcast. Tim, until tomorrow. We’ll see you then.

5 WordPress Email Lists You Need to Sign Up for No... 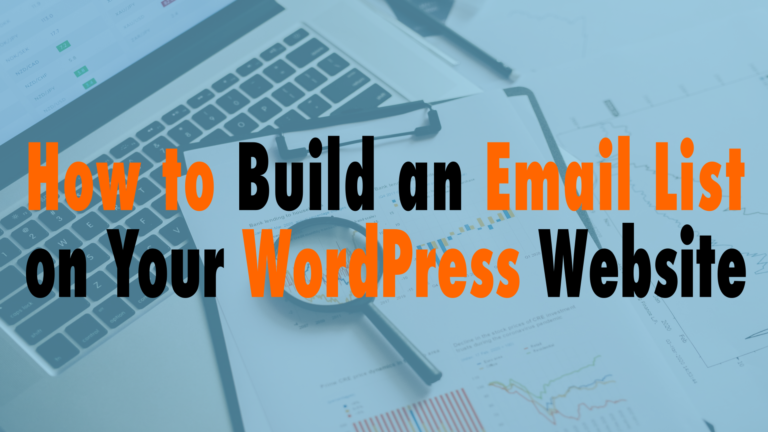 How to Build an Email List on Your WordPress Websi...