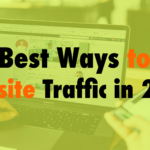 00:38 David Blackmon: Today we’re going to talk about how to get website traffic in 2022. And i’m going to preface this whole episode with saying listen very closely folks. Tim and I are experts at this. And we’ve built very successful businesses because we knew how to do this. Okay let me digress a little bit you know, it’s the truth i mean, i’m just i don’t want to sound conceited or anything, but we’re really really good at this. We’re really good at it, and it’s not as hard as you think. It might be and a lot of these internet marketers would like you to think that you have to hire them and spend a gajillion dollars to get results and the reality is is you can do that, but you don’t have to. There are ways and things you can do to get traffic to your digital real estate your website on the internet in 2022. So Tim?

01:45 Tim Strifler: Yeah, i guess the first thing we want to mention is, if you haven’t listened to episode 767 a few days ago, that you did two different types of traffic, go back and listen to that because we we expand upon. Um or i guess it’s kind of the precursor to to this episode because in terms of types of traffic there’s really two kind of overarching types of traffic. Traffic you own and traffic you don’t own. Traffic you own is like your email list or your sms list or you know your crm. Basically it’s your ability to drive traffic to your site or anywhere at will right you own that no one can take it away from you you own that customer list that email list that you’ve built up over time. So that you own that traffic. The traffic that you don’t own is social media, which is you know organic paid ads um links for traffic from other sites affiliate partners that sort of thing. That stuff you don’t know because they can be like you know what we’re done promoting you or you know you violate our terms and conditions, we’re blocking you you know whatever. And so and you’ll lose that traffic. So basically the bottom line is you want the best ways to get website traffic is a variety a diverse way or a diverse set of of traffic sources not just one thing and then ultimately getting people onto your email list so that you own that traffic.

03:21 David Blackmon: And i think one of the you know the best way, if not the best way to do that, is to give the user value you know. Help them in some way. I think a lot of businesses especially, i don’t think as many i think more are awakening up. Tim and i were pretty woke pretty early in the online game and i think that’s why we’ve done as well as we’ve done is because we were willing to share our knowledge. To give things away for free a lot and we weren’t worried about whether or not they were going to buy our services and stuff. It wasn’t about that and so it was more about providing value to that end user. And guess what happened? What happened was, as you get a really loyal fan base that trusts you but also what happens what i didn’t know until the backside was that search engines, love that [ __ ] too, and they really really valued that you know as opposed to not doing that. Keeping things close to the best they actually establish you as an authority which is a real thing, authority ranking is a huge part of google’s algorithm and search engines algorithms. So becoming an authority and whatever you’re an authority in is big and how do you do that, well you help people you know you you share some knowledge, you don’t worry about whether or not they’re going to come by your stuff you know. Obviously you want them to buy your stuff, but you know it’s funny, it’s a balance you know, that you got to kind of figure out and stuff, and i think for me the most important thing is not being afraid to share your knowledge. You know even if it’s about your business and your trade secrets Tim and i do a talk, we did a talk years ago at a word camp called um you know Coopetition, and i don’t know if we didn’t come up with that word because prior to that that word was not around and everybody that we talked to then, and even now, they’re like “oh man that’s a great word you know”. I’m like we might as well should have trademarked that one Tim, we probably came up with it and stuff.

05:49 Tim Strifler:  Yeah, yeah exactly yeah. No i and um i agree with David on creating value. And the way that that’s typically done is creating free content online. So and and there’s different ways to do that, and you should pick one focus on it and then add in others. So for example uh blogging is probably the best way to get traffic online, and you build value through free educational content. Um and so you can get free traffic that way, and then um beyond that though blogging isn’t the only way what Dave and i are doing right now, podcasting this is a form of free educational content that can get us traffic. Now we don’t probably do enough promoting and getting people to come over here and subscribe like we should and you know we’ve kind of failed on that front is in terms of the potential of of converting you our podcast listeners into subscribers. Um but hopefully that’s something we’ll get better at. But yeah youtube videos is another way creating free youtube videos and stuff but um beyond that uh figuring out ways to then convert those free watchers those free consumers into your list of traffic that you own. Right and so giving people a reason hey we’re going to do this right and so as I mentioned, David and i we need to get with it with this podcast and practice what we preach and get you our listeners onto our email list and create something special for you. So that you’ll want to come and join our email list. Um but yeah that’s basically that’s the secret. Right is to to getting traffic in in this day and age is to have a variety of different traffic sources create free educational content on those traffic sources, and then get them onto your email list, so that you own that traffic. Boom that’s it that’s the secret to internet marketing.

07:44 David Blackmon: First or one millionth maybe you heard it though

07:58 David Blackmon: Well you really heard it here first folks. Yeah all right, uh well Tim tomorrow we’ve got another great topic, i don’t know what it is yet because i don’t have the sheet in front of me, but until tomorrow we’ll see you then. 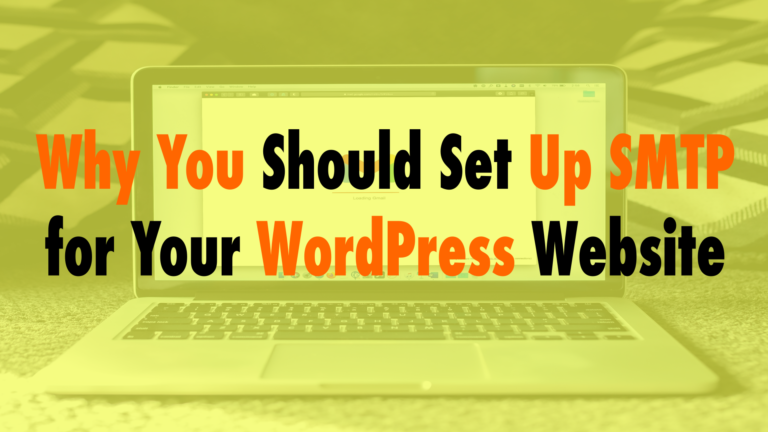 Why You Should Set Up SMTP for Your WordPress Webs...

How Raising Your Rates Will Get You More Clients |...