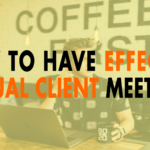 How to Have Effective Virtual Client Meetings | EP 643

How to Have Effective Virtual Client Meetings

00:37 David Blackmon: Today in episode 643 we’re going to talk about how to have effective virtual client meetings. Obviously with everything going on globally in the world with mandatory “stay-at-home” orders. Coronavirus, Covid19 depending on where You are in the world as to how they’re referring to it. It’s kind of changed the way that we do things you know tim and i are pretty used to having virtual meetings with clients and stuff because our client base is global. We have clients all over the world so obviously if we have a client in Germany Tim’s in California i’m in  Oregon, we can’t be in person we’ve got to do virtual meetings. So it’s something that’s kind of normal in our wheelhouse and we kind of take it for granted. So there’s a lot of people whose lives have completely changed who have never had to do virtual client meetings who are having to do it now. So we wanted to talk about how to have effective virtual client meetings because we’ve got a lot of experience with it. So Tim won’t you get us kicked off?

01:43 Tim Strifler: Yeah absolutely! Now the first thing the first tip we have to have an effective virtual client meeting is be in a well-lit room. No one wants to see a really dark shadowy person on their screen you know. And so if you’re with a client you want to present yourself really well you want to be in a well-lit room and so either natural light or turn the lights on, right? So if it’s you know after hours or maybe you have a room that doesn’t really have good natural light coming in no big windows just make sure you have some good lights on. Like that’s like the easiest thing but it’s crazy how much we see people that just have poorly lit room it’s like they’re they’re in a closet or something with no lights on and it’s like you can barely see them.

02:30 David Blackmon: I laughed because what came to mind was unless you’re in “witness protection” do you not want the
lights on. So I don’t think I don’t think you’re going to be doing “the witness protection” thing. Secondly let’s make the lighting shine
on you and not towards the camera, you know because when you put the light towards the camera and stuff, you know make sure that the window is behind the camera and not in front of the camera because it’s just gonna again lighting is very important.

03:02 Tim Strifler: Yeah definitely!   Yeah that’s another thing too is like you’ll see someone’s like oh they’re in a bright room they’re it’s a very well lit room but the window is facing the camera and then it’s like you see a silhouette and it’s just too bright on the camera. The camera can’t focus on the Person because the person’s not lit like if you are this uh the subject right and and you want to light the subject that’s a general lighting rule. And so you want to light the subject not the camera so you want the light source coming from behind the camera ideally. The next tip is use headphones to avoid Echo. So uh you know if you have your your speakers turned up pretty loud uh it can pick up the other person talking and so there’s they’ll hear themselves on an echo and everything. And so just avoid the possibility of that happening and just put in some headphones it’ll make it a lot better experience for for both you and the the person that you’re having the virtual client meeting with.

04:01 David Blackmon: Next is try and use a microphone other than the built-in computer mic to avoid again the “in bathroom” . We’ll call it the in the bathroom echo effect if you uh you know are on a zoom call and  you’re with someone that is not using a mic and they’re using the built-in um mic into the computer you can definitely tell the difference. I mean it is a huge difference and there is an echo and it sounds just like you’re in a tunnel or in the bathroom and it can be a little bit distracting for both people and stuff. So when possible try to use a mic and you don’t have to go out and buy a super professional mic even if you have headphones from your phone that plug into your computer. That microphone’s going to be better than your you know built-in microphone on your computer.

04:52 Tim Strifler: And then the last tip that we have is use software that your client is already familiar with. If possible to avoid the technical difficulties getting started so for example we’ve all been in those situations where you you send your client the link to join the zoom webinar and they’re like “I’ve never done this before”. They have to download the software and then do an update and then blah blah… and once they finally get it open now they’re trying to figure out how to turn their mic on or the speakers on and select the right microphone and it’s the speakers on and select the right microphone and it’s it’s a nightmare. And sometimes you can’t avoid that if your your client meeting is with someone
That’s not very tech savvy. And that’s okay you know you just have to be supportive and kind of guide them through but if there’s something that they’re YouTube have you Skyped like “oh yeah I Skype with my you know my my niece or my grandson” or whatever and stuff. And so it’s like  all right well then don’t try to get them to learn and download something new just use what they’re already familiar with and it’ll save yourself and your client a lot of headaches.

05:57 David Blackmon: So you want to up the quality with premium software and tools after talking about this episode tomorrow’s episode you may want to tune into the tools you need for high quality virtual meetings. Tim and I are going to go over what we use and what we recommend so Tim until tomorrow we’ll see you then.

Is WordPress More Vulnerable Than Other Platforms?... 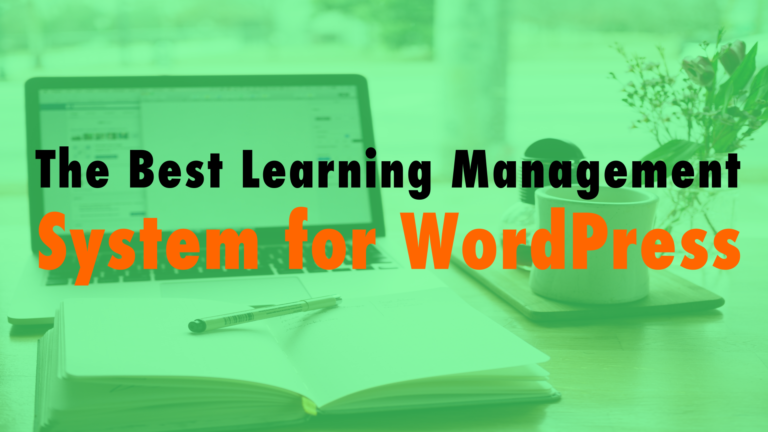