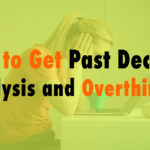 How to Get Past Decision Paralysis and Overthinking | EP 769

How to Get Past Decision Paralysis and Overthinking

00:38 David Blackmon: Today in episode 768 we’re going to talk about the best way to get past decision paralysis and over thinking. Tim i think we should bottle this episode, we could probably become millionaires. Yeah there we go yeah but we’re giving it away for free.

00:58 Tim Strifler: Yyeah definitely, and if you missed yesterday’s episode we recommend going back and uh listening to it because we we talked about the best ways to get started creating online, and um i don’t want to give away the tagline but basically that’s kind of what led into this discussion of decision paralysis and overthinking and stuff.  Um and so yeah definitely listen to that if you haven’t already. Sometimes we do two-part episodes and i guess this is kind of like that. They’re covering two different topics but they’re related, so um and i guess in case you don’t know decision paralysis is when you have all these different decisions to make and it just it gives you decision fatigue. Decision paralysis you can’t you know figure out what you want to do because there’s too many options, right? And then overthinking is basically that the whole premise of thinking too much rather than just doing. You spend too much time thinking, and trying to get everything perfect and stuff. And so um yeah that’s it so David i know this isn’t something that you typically struggle with as we talked about in yesterday’s episode. You are more of the ready fire aim personality which has done really well for you, but any any ideas is there are, i guess is there a time where you do kind of have decision paralysis and you do overthink.

02:27 David Blackmon: There is um you know i do also suffer from you know, and i think most entrepreneurs probably suffer from this, and maybe mine’s just not as a high threshold as most but like perfectionism you know, having to have everything perfect and stuff. So as you said i am a ready shoot aim i’ve never really had an issue if i see a good idea and i think it’s a good idea i just go with it, and let me tell you there’s pitfalls for having that mentality as well. But it’s much it’s served me really really well most of my life with that kind of philosophy. But it doesn’t mean that it always works and stuff. You ask my team what they think because i’m the crazy entrepreneur that’s always coming with another idea of what we can do, and how we need to and and they’re just like but we got 25 million other things on our plate, that we’re working on too. Yeah but this is a good one you know. So it’s not always great um but it is and and one of the areas that i really kind of and i alluded to and talked about a little bit yesterday was. Um you know my entertainment is vlogging you know.  Is watching vlogs on youtube i love youtube because you know and tiktok because i can tune into things that i’m really passionate about, and that i am um you know that I enjoy. So like i’m a digital nomad i have full time in my Airstream 23 foot flying cloud i travel around the country i work in nature a lot you know. And i absolutely love doing that. Well i watch people on youtube and stuff that do that but they document their journey and i would love to do that as well you know. And it’s just not been i haven’t found a way that fits for me yet, i think i’m close you know um but i haven’t been willing to do some of the things that i would need to do to to be really successful at that. And um you know i think first of all one of the things Tim asked me a question what are some one of the things that you can do? I think the most important thing that you can do is mindset. You need to have a proper mindset and and not everything doesn’t have to be perfect. You can just go so you know for whatever reason i haven’t started this personal thing whether it’s i don’t have the best camera i’m not shooting 8k film. I want it to be the most amazing inspiring footage out there or whether, it’s like holy crap i’ve put on 40 pounds in covet i don’t want anybody to see. I’m a little bit overweight and stuff. And when i say mindset you know, what i this really really helps me, first of all you shouldn’t care about what other people think about you. You need to just live your best life but in saying that i realize for myself, when i go and i consume content i’m not going because of the way that they look i’m not going because of you know for these external reasons. I’m going because i enjoy the journey that they’re on, i’m connected with them in some you know certain way that makes me want to go back and watch them. Which brings me to second it’s it’s it’s not really a tip but it’s more of an understanding and maybe flows into mindset. I personally believe that human beings and it’s scientifically proven too, we’re energy we’re atoms and protons and you know, we have a charge and stuff our emotions and everything. So i feel like we are all on our own individual frequency and i may say something that you resonate with and Tim may say it the same exact thing and you may not be able to hear it from Tim. Don’t you find that kind of interesting how one person can say one thing and another person can say the exactly same thing, but you can’t hear it from this guy. But you hear it loud and clear from this person. Well i think it’s because we’re on our own frequency and there are other people out there energetically that were on each other’s frequencies, so if you’re going to produce content and if you’re going to do stuff and get over that hurdle know that energetically the people that are going to connect with you and and be on your frequency are out there you know no matter what you look like, no matter what you sound like, no matter how professional your gear or quality is. They’re going to connect and want to follow you and stuff. So um i’m i’m telling this to myself, Tim so i can pump myself up and uh start this you know nomadic af vlog.

07:39 Tim Strifler: Yeah for sure, so my my big tip for getting past decision paralysis and overthinking and this is something i have to remind myself to do is, it’s when i’m in that state of like planning and strategizing and trying to figure out. Okay you know often what i’ll do is i’ll i’ll create a plan and sometimes it’s just a mental plan. And then i’ll go to do it, and then i’ll overthink and rethink the plan, and so what i’m getting in the habit of trying to do is writing everything down. Planning it out in notes you know on my phone or i use evernote. Um and then here’s the this is the big one it’s not just getting it down on paper but sticking with it, because what i tend to do and this is classic over thinker, is i come up with a plan like this is great. Then the next day i go to start implementing. Well now i think through the plan again and then i rethink it and stuff and then it’s like well what if i did this and i like try to like improve it and stuff. Like no no planning is over i need to just implement now. And so that is something that i tend to do, and i’m sure there’s others that can relate to that, where you you’re like okay i’m gonna create a plan that way, i can stop overthinking. Right and then you create the plan and then you recreate the plan and then you overthink the plan and then you improve the plan you optimize the plan and you re-optimize the plan and it’s just a never-ending cycle of not implementing so i’m that way with writing you know i feel like I’m.

08:59 David Blackmon: I’ve told myself again back to mindset, i’ve told myself for years that i’m not a good writer you know. And the reality is, is that i think we’re probably all good writers. We all have our story and you know i think our stories need to be told and stuff . And it’s just getting in town i when you were talking i was like yeah i’ll write something and then i’ll go back and proofread it and then i’ll just rewrite the whole thing, to where i’ve got myself so screwed up in this thought process of redoing this writing. So it can be perfect to where i never even finish it because i’m like frustrated. And it’s two hours later and i ain’t got nothing past the first paragraph because it’s not perfect you know. So um i like the idea of planning writing it down and planning yeah i do think that helps and stuff.

09:54 Tim Strifler: Yeah and then and then sticking with it, because it’s almost like yeah i i don’t trust myself, so then i’m like oh well i need to make sure this is the best course of action. And this is the best way to do it, or you know whatever it may be. So then i rethink it, but it’s like no no i put this down for a reason i need to trust myself and just do you know.

10:14 David Blackmon: Yeah and if it doesn’t work then go back and redo it and stuff. So which is what i do with just about everything business-wise is like. I just go and do and then fix it you know. If it needs to be fixed on the back side we fix it you know, so yeah well good i hope i hope i hope you got some value out of this episode. I’m not really sure that we helped you getting past decision paralysis or overthinking and maybe we’ve just got you thinking even more who knows.

10:53 David Blackmon: All right tomorrow we’ve got another great topic. We do, we need to cover anything else Tim?

11:01 David Blackmon: All right, how to work remotely from anywhere in the world. Until tomorrow we’ll see you then. 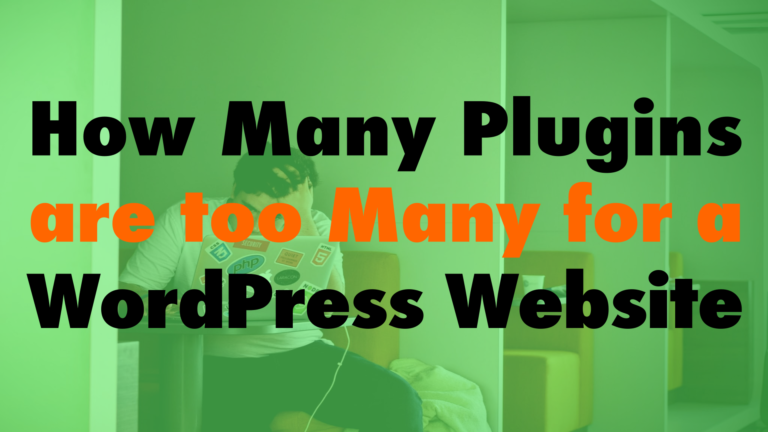 How Many Plugins are too Many for a WordPress Webs... 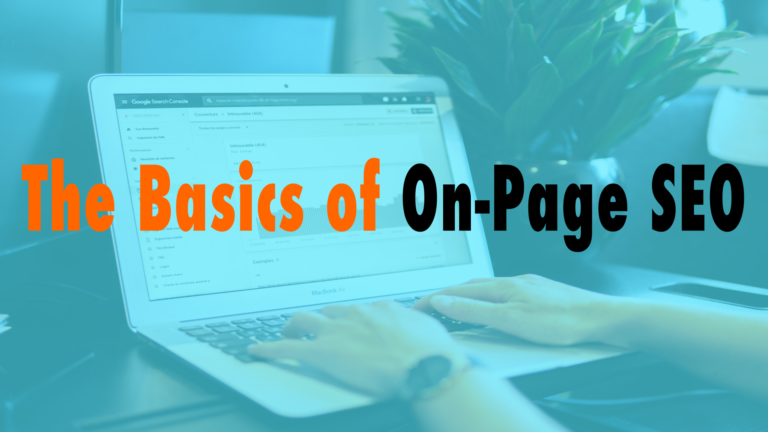 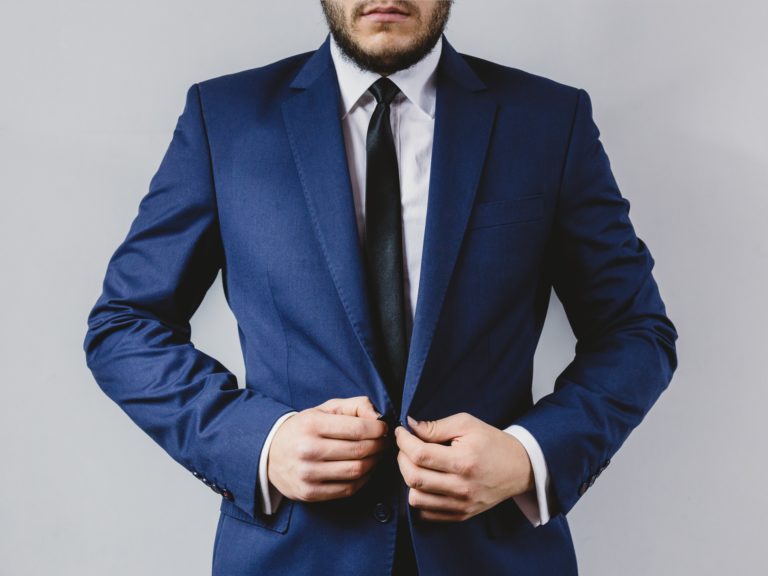 Why You Should Stay the Course and Ignore Competit...