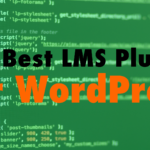 00:28 Tim Strifler: Hey everyone, welcome to another episode of WP The Podcast, i’m Tim Streifler and my co-host David Blackmon couldn’t be with me today, so i’m recording a few episodes solo. So he will be back with us in a few episodes, so unfortunately you just have to hear my voice and if you’re watching on youtube you’ll just have to see my face, so apologies for that. In today’s episode we’re going to talk about the best lms plug-ins for WordPress. Now if you don’t know what a lms plugin in is, it stands for learning management system. So if you think of cms which is what WordPress is a content management system a which allows you to add posts pages and content and manage it all from the WordPress dashboard. And lms adds functionality to WordPress that allows you to add learning management content. So learning content lessons and courses and and stuff like that. So if you’re someone who wants to create online courses with WordPress or you want to create online courses for a client then you’re going to need a lms plugin for WordPress. And so we’re going to talk about the three biggest ones, and then we’re going to give you or i’m going to give you my personal recommendation. So the first one on the list is Lifterlms. Now Lifterlms is actually the one that we highly recommend. It’s what David and i use for wpgears.com so we have multiple online courses the Divi Business Expert course as well, as the WordPress and Divi Beginner Course, and uh we use Lifterlms. It’s super powerful, it’s very easy to use it’s a very clean interface our students love it because it’s very easy fdor them to navigate through uh the the the content and be able to um not get hung up on the organization and trying to figure out where stuff is. Everything just makes sense and it’s very easy to do, so we love Lifter lms. On top of that the team behind lifter Lms are friends of ours uh Chris Badgett and uh his uh co-founder uh Thomas. I can’t remember your name last name Thomas, my apologies. And uh they are awesome they’re big uh proponents of the WordPress community, and the open source and uh they they just give back a lot to the community. They have the awesome Facebook group um if you just search Lifterlms on Facebook you’ll find it. So very active so they’rew super helpful and they have an awesome product. And so the way that lifter works is it’s free to use and then they have paid extensions paid add-ons so they have uh the the freemium model also known as the Woocommerce model just like Woocommerce. Woocommerce is free and there’s add-ons and extensions that you pay for so Lifterlms works the same way and you can actually do a heck of a lot with the free version, and so it’s awesome way to get started for free building your first online course and stuff. And then you can decide if you need some of the add-ons later so highly recommend. That now the second lms on our list is Learndash. Now learndash is also highly recommended. It’s awesome um well i don’t personally use it i have several good friends colleagues who use it and love it and highly recommend it and i’ve met the the founder Justin Fairman a few times at different events. He’s an awesome guy i’ve interacted with him online and he’s a great guy and has built a awesome company. He actually sold the company recently i think he’s still in that transition period where he’s still managing the team and uh facili facilitating the transition, um but it’s no longer under his ownership. Now that can sometimes be a not great thing when the founder is no longer the owner and it’s owned by a much bigger company. Sometimes you lose some of the the customer experience along the way and some of the things that made a product special can sometimes wither away under the new ownership. Happens all the time with big acquisitions, so i’m not saying don’t use it for any means but i’m just making you aware that the original founder and owner is no longer owning the the product, and is going to no longer be a part of it very soon. So that’s definitely something to be aware of uh Learndash works differently than Liftor lms. There’s no free version, everything is premium um but if i remember correctly they do have a really good return policy, so you can get started with it and make sure it’s something that you want to use before uh fully committing to it . So so that’s that’s another one, um and then the last one on our list i don’t have a lot of experience with, but i hear it’s good and that’s Tudor Lms. Uh that’s another uh lms plugin for WordPress, so those are basically the top three there are some other ones out there but in terms of uh using an lms plugin that’s been through the ringer tried and true definitely recommend choosing one of these three with our top recommendation being Lifter lms. So definitely check that out uh, stay tuned for tomorrow’s episode episode 717. We are going to be talking about the best code editing software to use when you’re building WordPress websites. So definitely stay tuned for that. Until tomorrow we’ll see you then take care bye. 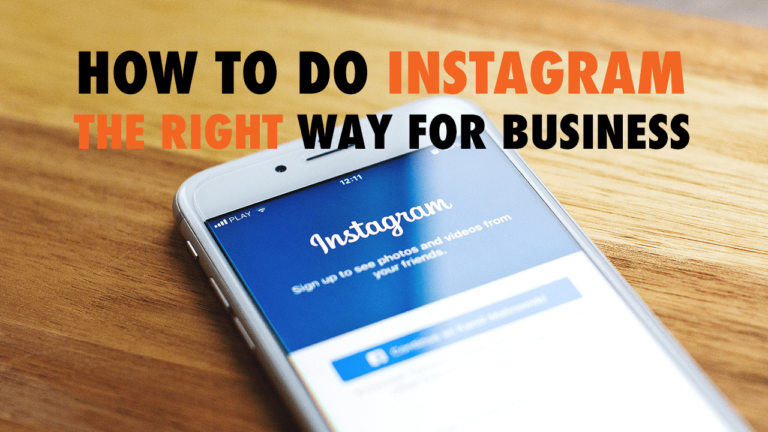 How to Do Instagram the Right Way for Business| EP...

3 Additional Types of Websites You Can Offer Your ...