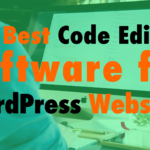 00:28 Tim Strifler: Hey everyone welcome to another episode of WP The Podcast, i’m Tim Streifler and my co-host David Blackmon is not with us today. He will be back with us in a few episodes. In today’s episode we’re going to talk about the best code editing software for WordPress websites. Now if you are someone who is new to WordPress and you are basically um just installing a theme or page builder such as Divi and you’re just using all the the built-in editing tools and stuff like that, then you don’t really need a code editing software. But as you get more advanced and you’re learning custom css and you’re adding php snippets or maybe you’re even full-on writing code, then you’re going to need a code editing software and so that’s what we’re going to be talking about today. So this is more a tools for advanced users or intermediate users at least and so um if you’re a beginner don’t get overwhelmed by this. You don’t need to worry about it so uh yeah. So the first one on the list is the one that i use and it’s called NOVA. It’s by a company called Panic and uh if that sounds familiar they are the ones that had Coda. Coda was my absolute favorite code editing software uh it’s been discontinued and so their new product that they’re they’re promoting is called Nova. I’ll be honest i don’t like it quite as much as i like Coda. Coda was just very clean it felt very mac very apple-esque with the ui and everything just made sense and i never had to look for stuff. It just it was yeah it worked really well and so i wish the way to kind of continue down that path. Nova is really good and i’m getting more used to it, but the the design ui isn’t as as polished in my opinion. So figuring out how to do stuff is a little bit tricky, Coda was more beginner friendly too where Nova seems to be targeted a little bit more towards advanced users. So it’s still really good and i like it has ftp built in so you can connect remotely to your WordPress uh hosting companies server and be able to. Then see all your files and then double click on them and start editing them right there in the in the Nova editor. So it’s really good in that regard um and so it is my top recommendation. I’m just a little bit uh i guess bummed that Coda is no longer being developed because that was my absolute favorite,  but still by a great team over at Panic. Now the next one on the list is Sublime Text.  So Sublime Text really took off i don’t know seven to ten years ago and it was kind of like the latest and greatest thing. It was kind of like Coda versus Sublime and more advanced users kind of uh recommended Sublime because it’s more of a traditional editor, more advanced features and that sort of thing. And i think that’s kind of why Panic developed Nova to kind of compete with Sublime. In that regard and so the interface of Nova and Sublime are really similar looking. In the way that they’re kind of laid out so i haven’t personally used Sublime although. I have looked at it but i ended up going with Nova because it was by the the team that i had already been using their products. But Sublime is highly recommended and it works great. You can again connect remotely to your hosting company your e-server your website and then be able to edit files right there in their editor which is great. So Sublime is definitely on the list of recommended code editing softwares. Now the last one is seems to be a newer one so Corey, David’s business partner on the Aspen Grove Studios. Side so in case you’re not familiar, David and i are partners here with WP Gears and WP The Podcast we have multiple courses together. But we also have our own separate companies and so my company is Divi Life and David’s company is Aspen Grove Sudio slash Divi Space. And so they kind of have two different divisions of the company. And so Corey Jenkins is David’s partner over there and so uh David mentioned that Corey has been raving about Brackets. And that’s what he uses and recommends. So i had to add it to the list for that reason, and so it is open source.  Which means it’s free and so um so you can download it and and try it without paying for anything and then they even have some extensions that are developed by community members too. So if you love the open source WordPress way of doing things then you might really like Brackets. So compared to Panic and Sublime that cost money. I believe i know Nova by Panic definitely cost money, i’m not sure about Sublime it’s looking like Sublime’s actually free as well. So um we got some paid option then you got some free options here, so that is it for this episode. Tomorrow we are going to be talking about what is coming in WordPress 6.0 so very exciting. It’s a major release so to speak although the WordPress versioning system doesn’t always uh go by the the numbers in terms of the how big the release is. But anyways tune in tomorrow and we’ll talk about that until then take care bye-bye.

Previous podcast The Best LMS Plugins for WordPress | EP 716
Next podcast What is Coming in WordPress 6.0 | EP 718 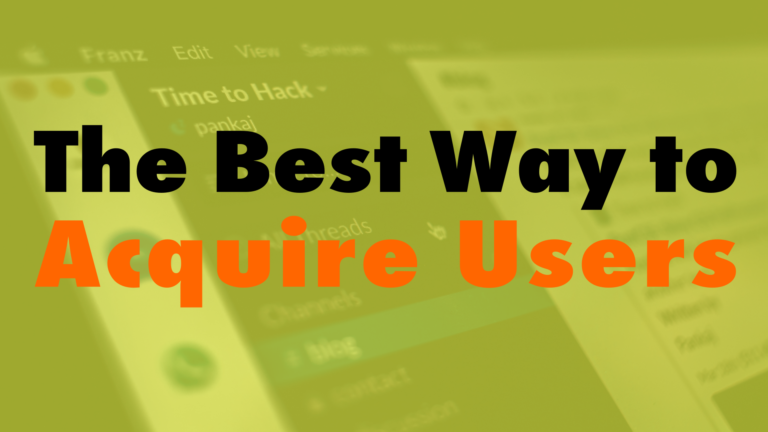 How to See What Your Clients See in WP Admin And W... 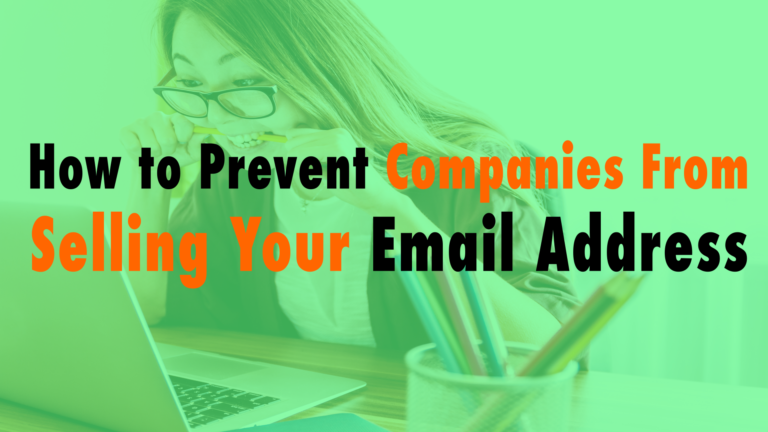 How to Prevent Companies From Selling Your Email A...