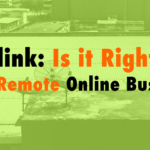 Starlink: Is it Right For Your Remote Online Business | EP 766

Starlink: Is it Right For Your Remote Online Business

00:38 David Blackmon: And today I’m super excited because we’re going to geek out nerd out about something that I’m super passionate about. We’re going to talk about um you know specifically Starlink and is it right for your remote online business. So obviously with the pandemic last couple of years companies have finally realized that human beings don’t need to be planted in the office to get [ __ ] done, they actually get quite a bit done outside of the office maybe even more there are studies that are that are shown that people are more productive in a remote work environment as opposed to in an office and stuff. And um which totally makes sense to me, we’ve been remote for gosh ever since we started the company you know 10 years ago almost 10 years ago and stuff and, and I know Tim and his team’s remote too. This topic I’m mostly going to talk about, so before I dive in I want to find out if there’s anything Tim wants to say?

01:44 Tim Strifler:  Yeah I think, I it’s been a growing Trend even before the pandemic of people rving which is what David is in right now he’s in his RV , his um oh my gosh probably like Airstream. Airstream there we go, so uh traveling around and living remotely, right. And moving locations whether that’s in an RV a camper you know whatever a being a digital Nomad essentially that was a growing Trend pre-pandemic, and then the pandemic I think accelerated that even more. Because now it’s like all these offices or that people worked at are saying hey go work from home, so people are like well I’m not just going to stay home I’m going to go wherever I want to go. And so um thankfully as David mentioned Elon Musk uh and his company created Starlink. Starlink is through SpaceX right?

09:16 Tim Strifler: Um well one thing that you had mentioned uh before we started recording, is that they’re talking about gigabit speed. And so I was just impressed to hear that like it’s like how quickly they’re already iterating and improving it it’s not like it’s gonna be, you know another decade before like a big Improvement. Like this happens you know, the satellites are there now they’re just going to continuously be refining and making it better which is awesome.

09:43 David Blackmon: Absolutely yeah um, yeah I’m super excited. I mean I’m happy with 200 I mean I haven’t gotten under a hundred Megs download yet and my upload speeds have fluctuated, but have never gone really below 10. And 10 is plenty you know to upload videos and do whatever it is that you need to do and stuff. So I’ve gotten as high as like 40 or 50 upload speeds which was higher than I had. We get at our office and stuff, so it was It was kind of crazy. So you know I mean that kind of stuff will fluctuate and stuff. So yeah um all right, well tomorrow we’ve got another great topic, best ways to get website traffic in 2022. Tim until then until tomorrow we’ll see you then.

Is WordPress More Vulnerable Than Other Platforms?...