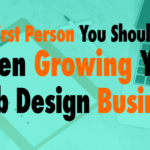 00:38 David Blackmon: Today in episode 711 we’re going to talk about, who you should hire first when growing and building a web design business. This is pretty important, but it’s not a super easy answer, as Tim and I were kind of discussing through who we felt like might be the best person to hire first, we had different answers. So i guess ultimately it depends. It’s the answer, and Tim i’ll let you start off today and yeah and i’ll i’ll jump in and cover some some of my thoughts.

01:13 Tim Strifler: Yeah. So one thing that seems to be pretty consistent is whenever you like we hear from some of our students at our Divi business course, that have added someone to their team or whatever. The common response is oh my gosh i wish i would have done this sooner, and so no matter who you hired or and who you feel like you need to hire, chances are you can’t do it soon enough. And so um just want to throw that out there. Now the reason why Dave and I have different answers is it’s going to be different for each and every person. And so depending on what your superpower is in your business, what your you know big strengths are, your skills and things, that maybe you don’t like to do, or aren’t as good at doing or you know don’t want to learn to do, you’re going to have to bring in those types of people. And so um David his answer well actually i don’t want to steal yeah actually yeah because we you’re going to talk about the sales stuff. So yeah David’s first answer was a “front end developer” and and for him that makes a lot of sense.  Because David’s super power is more on the sales and marketing and management side, where the technical front of development is not something that he wants to do enjoys doing. And so to him that’s the obvious answer. For other people it might be different and so you know depending on what your skills are and stuff like that. So i never when doing my client business i never brought people on i didn’t bring people on until i created my product business and my first person that i hired was a support person. And so for my business it was about taking care of my customers and uh getting me away from doing technical support. So that i could focus on the things that I’m best, at the marketing and the product development and stuff like that. So that’s why it’s one of those you know non-answer answers, where it’s like it depends. Because it’s going to depend on who you are and and what you do and don’t want to do and what you are good at and aren’t good at and stuff like that.

03:12 David Blackmon: Yeah and i’ll i totally agree. It just depends on what your skill level is and like Tim said i’m a technical person i understand it really well but i am not, you know going to be able to pull off some of the things that i want to create and i know that are important in a website because i’m not a front-end developer i’m not a back-end developer i have basic knowledge of you know css and stuff. So like Tim said my choice would be a front-end developer. Someone to help me. My superpower is sales always has been. It’s not been a hard thing for me it’s been super easy to get clients, however the majority of our students for example their biggest struggle is sales. And i know that most people aren’t wired the way. My brain is wired and stuff i don’t take it personal i can handle a lot of rejection so getting business and keeping the lights on is super important. And if you’re not capable of going out cold calling closing sales, a sales person might be the the first person that you’re going to hire in your company and stuff. So and don’t be afraid to do that i mean one of the good things about, if that’s the route you go and you are technically inclined and you can build the websites and stuff. With the sales a lot of great sales people the truly great ones prefer to work on commission because they understand the value of what they bring to the table and they know they can make more money. So it’s not like you’re even out of out of pocket, you know paying someone a salary and stuff. On the sales side now some may want that and you may be in a position to do that and stuff. To kind of get them started and whatnot but it’s not necessarily necessary so um i’ll share a little story today. My WordPress business life changed was the day that i hired someone i was doing all of the sales the marketing the design the building of the websites. Thank you Divi, thank you page builders. It allowed a non-developer like me to drag and drop and build basic websites when i go back and i look at these things i’m just like oh i’m hurt i’m horrified um and i hired a front-end developer. And this person was so much faster than I was. It would take me a minimum of two months to build a site and it would take him less than a week. Well when you can save that much time the value to you is huge. So take a look at where your weak points are what’s taking you the longest. If it’s closing sales and getting the pipeline built up hire a salesperson if it’s taking you a really long time to finish out web builds hire somebody with more experience and stuff that can build them faster. Because then you’re going to be able to what the topic of this episode is, grow your WordPress business better and faster. So i think that was kind of a long topic man we could have probably been a two-minute episode Tim.

06:31 Tim Strifler: No i think that was good, i think we’ve covered uh all aspects of it and and told some stories. So yeah that the answer is it’s gonna depend on on you and and and where you wanna take your business.

06:45 David Blackmon: I wanna say this if you stayed all the way to the end of this episode, and you’re listening to us on Apple podcast or Spotify or Stitcher or wherever you’re listening to. Tim and i have started recording the live behind-the-scene versions of these episodes so if you want to come interact with us subscribe to our youtube channel head on over to WP Gears just search wpgears on youtube uh it’s youtube.com/wpgears and you can come watch us record these episodes. And you know give us a thumbs up and a subscribe and maybe even drop some questions in there, because i know it’s not always easy to drop questions that you may have on the podcast platform. So tomorrow we’ve got another great topic why you should invest in your business growth in 2022? Until tomorrow we’ll see you then. 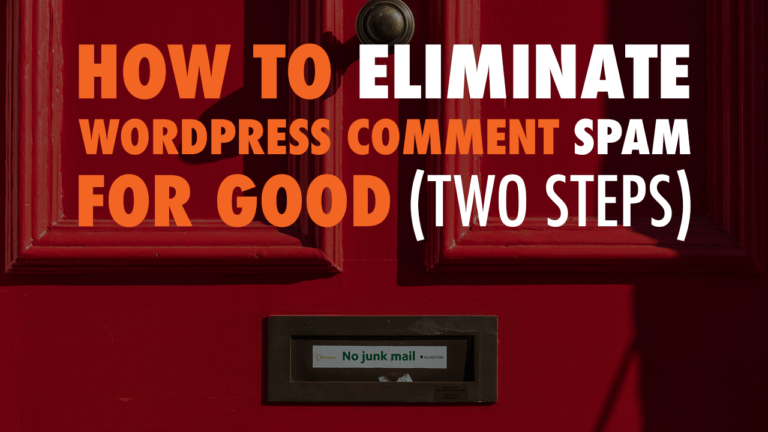