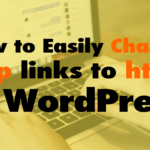 How to Easily Change http links to https in WordPress

00:38  David Blackmon: Today we’re going to talk about how you can easily change unsecure links to secure links, or http to https. And WordPress first of all you want everything on https because Google dings you if it’s not a secure website, you’re getting now what percentage of the algorithm actually is. That it’s probably super small but why would you not want it because, you know secure an ssl certificate is free, and they don’t cost anything. And a lot of a lot of them are set up in this day and age right off the bat so making your customers and site visitors and stuff feel comfortable when they come to your site, because they know it’s secure. It’s a big deal, so you may have set your site up on http and not known about it, and there’s two ways that two things that you’re going to want to do. If that’s the case and you’re changing your site from here to there first one is you want to put in place redirects in the event that somebody accidentally types out your website http colon backslash backslash whatever your domain.com is and you want that to automatically redirect to your site which is secure and that’s really the only redirect that you’re going to need. Now if you’ve set up your site and you’ve got a lot of content and stuff in there Tim’s going to talk about how you can solve that problem.

02:10 Tim Strifler: Yeah absolutely. And then one thing to add to what David said is making sure that in your WordPress settings that your uh your site is listed as https, and so um because if it’s not then anything any new pages and stuff you’re gonna have to just endlessly be re redirecting stuff. And so as long as http your website address your home url and your WordPress url you know there’s two spots to make sure that it’s https colon slash your domain. Um and then so yeah David mentioned redirecting just all links http https but then there’s the issue of uh images your site pulling in images from your media library that are referencing http links right, and um if you have a when you have an ssl certificate on your site if you don’t have all if it’s pulling in content that is http, you’re going to get a mixed content error. And your site’s not going to show as fully secure because it’s bringing in assets that are from an unsecured domain, even if it’s your same domain. And so the way that you fix that, there’s a way to do it with a plug-in, but we don’t recommend that because if you just install a plug-in that fixes the mixed content errors, it’s a temporary fix. You can never deactivate that plugin because it’s basically just masking it. The way that we recommend is to actually fix all the links in your database that reference http and change them to https and you do that with a really handy plug-in called Better Search Replace. I have a link to in the in the show notes but basically what you do is you type in http colon slash yourdomain.com as the find and then for the replace you do the same thing but https colon slash your domain right and then you you basically do a find and replace so any any places in the database that references the http version of your domain. It’s automatically going to replace it with with the https so a couple of things you’re going to be customizing the database this can screw things up if you mess up. So you want to make sure that you have a backup in case something just gets wildly screwed up, and then you can also do a dry run in search and replace. It’s going to tell you how many things were updated, so you want to make sure that if you have a if your domain http in the find has a trailing slash at the beginning of it. Like for example, you know wpgears.com forward slash then what you’re replacing with also needs that forward slash so you got to make sure that you’re you’re you’re replacing apples with apples right just with secure apples. Yeah um so yeah, so but again you want to make sure you have a backup because anytime you’re editing anything in the database you can break your site . So you need to make sure you have a backup. So it’s a little technical, but that is the best way to do it that way you don’t have to keep an extra plug-in on your site just to temporarily fix something, it’ll permanently fix everything in your database and then you’ll be good to go.

05:16 David Blackmon: Awesome and it’s not as scary as Tim made it out, sound to be it’s better better Search And Replace is a pretty easy plug-in to use and stuff..

05:34 Tim Strifler: Yeah it’s it’s super easy to use, you just have to be careful because…. just be careful..

05:44 David Blackmon: Yeah follow some good, some good uh best practices and stuff. Tomorrow we’ve got another good topic, is Divi a bloated WordPress theme? You have to tune in tomorrow to find out until tomorrow we’ll see you then.

Previous podcast How to Ensure Deliverability for Contact Form Emails | EP 691
Next podcast Is Divi a Bloated WordPress Theme? | EP 693

Should You Accept Cryptocurrecy as Payment | EP 10... 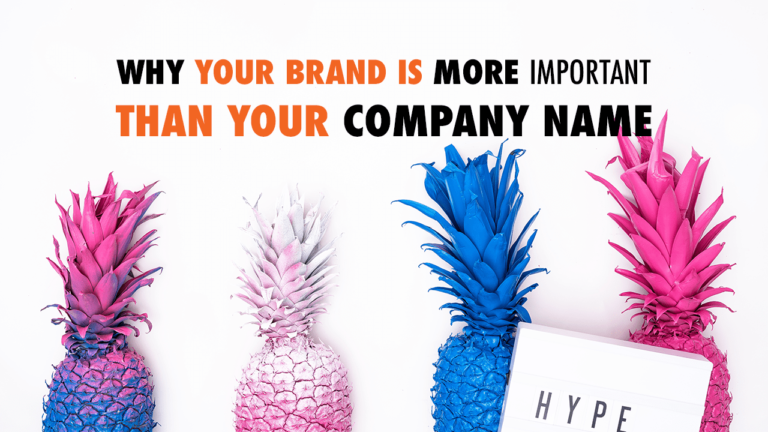 Why Your Brand is More Important than Your Company...