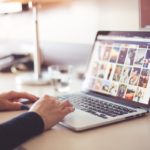 Why do some developers hate WordPress? | EP 519

Why do some developers hate WordPress?

00:21 David Blackmon: Hey, everybody. Welcome to another episode of WP The Podcast brought to you by WP Gears. I’m David Blackmon.

00:38 David Blackmon: Today we’re going to talk about the subject that comes up quite often when I talk with non WordPress developers, and it is why do they hate WordPress, because if you’ve ever run across a true developer and you tell them that, “Oh, yeah, I built websites with WordPress,” they kind of give you that look, that not so impressed and oh you’re one of those guys kind of look. We thought we might discuss why is it. Why do true developers tend to dislike WordPress?

02:10 David Blackmon: Yeah. And some of the other programming languages are just a whole lot faster and better and newer. I don’t know if Tim suffers from this problem, but I definitely suffer from shiny object syndrome. I’ll use my iPhones and stuff as an example. I have a perfectly good iPhone, but when a new one comes out, man, I want to go and use it because it’s “better” whether it is or whether it isn’t perceived value. And I think developers are like that. They see the latest and the greatest and the new trends that are coming out and stuff, and they play with it and they find out it’s super fantastic. Even if something like a WordPress can achieve the same thing that the new thing does, it still … It’s just better.

03:06 David Blackmon: WordPress has been around for 15 plus years and it’s … Most of the internet’s built on it. And you definitely cannot do as much with it as you can with some of the other newer programming languages that are out there. It’s a little bit slower than these other platforms and stuff, and from a developer, at least from the ones that I’ve spoken with, speed is super important to them. WordPress sites can be slow due to the … one of the reasons like Tim said, due to the above poorly managed websites and poor hosting. Yeah, it’s just different technology, old, and even though it still works.

03:53 Tim Strifler: Yeah. And WordPress, they are starting to slowly get away from PHP. There always will be PHP involved with WordPress. They’d have to basically start over from scratch, which when you have 35% of the internet on WordPress that ain’t going to happen. But with Gutenberg for example being built on React, they are starting to not be so heavily reliant on PHP, which is a good thing, so they can kind of keep the stability of what they already have and start bringing in new modern coding languages, coding frameworks like React which is a browser-based JavaScript language.

04:37 David Blackmon: I’m going to throw out a funny here. Tim and I were joking to kind of wrap up this episode why do some developers hate WordPress, and my answer is always because they hate money. Business owners and do-it-yourselfers love WordPress because it’s something that they can manage and handle. And true developers and stuff, they can work in any, any platform and it doesn’t really bother them. Where is the money tend to be? The money’s going to be with the do-it-yourselfers and the small business owners who want to manage their own stuff. I jokingly always say that they hate WordPress because they just hate money.

05:22 Tim Strifler: Yeah, I have friends that are college educated, top schools, computer science, they’re full on program or coders and they kind of have that stigma against WordPress. But I tell them, “Hey, you come, and you, with your skill set start creating some plugins, some products for WordPress, you’ll kill it because you’re really good and you know your stuff and the market is huge,” and there’s a market full of people that they want, the latest and greatest plugins and stuff like that. Like David said, they hate money because if they were … I want to say bite the bullet, but it’s not like WordPress is anything painful. But if they just get rid of that stigma, then there’s huge opportunities in WordPress as David and I in our companies have experienced.

06:09 David Blackmon: Absolutely. Tomorrow we’ve got another great topic, the must have plugins for every WordPress website for 2019. Tim, until tomorrow. We’ll see you then.

How to See What WordPress Theme & Plugins a S...