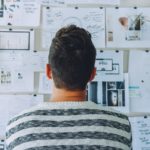 The Must Have Plugins for Every WordPress Website for 2019

00:29 David Blackmon: Hey, everybody. Welcome to another episode of WP The Podcast, brought to you buy WP Gears. I’m David Blackmon.

00:37 David Blackmon: Today, we’re going to talk about the must-have plugins for every WordPress website in 2019. First on our list, every website needs a good form plugin. I wish we could just tell you one, but we can’t. There’s too many good ones out there, and it doesn’t really matter which one you use, what your preference is. Just, you’re going to want a good form plugin on your website. Forminator from our good friends at WPMU DEV has a great product. Caldera, obviously. Go ahead, Tim.

01:09 Tim Strifler: I was just going to say Forminator is 100% free, which is why I love it. It has all the features that the other leading form plugins have in their premium version, but Forminator has everything for free, so.

01:36 Tim Strifler: Yeah, the next one on the list is a good caching plugin. Now, I say this with a disclaimer. If you’re using a host like WP Engine or Flywheel, some of them that have the caching built in. They’re WordPress-specific hosting, managed WordPress hosting companies, and they have that built in so you might not need it, but our favorite caching plugin, Hummingbird, also by WPMU DEV, they have a free version, then they have Hummingbird Pro, but everything that you get in the free version is, it’s amazing. There’s some great stuff that adds to the pro version, some uptime monitoring and stuff like that, but in terms of drastically speeding up your website, Hummingbird free in the repository is a great bet.

02:20 Tim Strifler: I also recommend WP Rocket. They do not have a free version. It’s fully premium, but they’re worth mentioning because WP Rocket is the only caching plugin that is allowed on the premium managed WordPress hosting companies such as WP Engine and Flywheel, and they’ve gone above and beyond to make sure that their plugin doesn’t conflict with the built-in server-side caching that WP Engine and Flywheel has. They went the extra mile, and so they’re worth mentioning there too. It’s important to keep in mind though that a cache plugin isn’t the only thing to do to speed up your website. I have a tutorial on Divi Life that will teach you How to Speed Up Divi. While it focuses on Divi, the majority of tips in the tutorial are actually relevant to any website running WordPress (not just Divi).

02:53 David Blackmon: Next on our list is you’re going to want a good security plugin. There’s several out there: Wordfence, Defender, iThemes Security. Again, you’re going to want to make sure that you use a good security plugin because WordPress can be vulnerable if it’s not set up properly and stuff. It’s one of the targets for hackers and stuff because they know that a lot of products, plugins aren’t maintained, and even WordPress websites aren’t updated and maintained, so they really target those websites. They don’t necessarily target, everybody thinks that hackers are targeting those WordPress websites because they want their credit card data or their personal data, and that’s actually not what they want at all. They actually want to steal the resources. They want to get into that site so they can use up the server resources to hatch their much bigger, larger, greater, diabolical plan than just stealing your credit card data. Get a good security plugin. There’s several out there.

03:55 Tim Strifler: Yeah. Absolutely. Another one on here, which is kind of maybe random, but it’s one that I find myself installing on every website that I build, and that is Duplicate Post. Now, there’s lots of different variations of it. The one I use is called Duplicate Post. It does exactly that. It duplicates the post. I find it useful for being able to quickly duplicate an entire page or a post or different things like that without having to save anything or export anything. It’s just really handy.

04:28 Tim Strifler: For example, one of my own plugins, Divi Overlays, I had a customer said, “It’d be really great if you built in a way to clone or duplicate a popup overlay of Divi Overlays.” I told him, “We might build that in eventually, but what I use is the free Duplicate Post that will do that, plus duplicate anything else on your site really easily, and so it does the job. It’s not a high priority for us to build that functionality in when you can get it for free in the repository.”

04:58 David Blackmon: Next on our list is some type of pixeling plugin. PixelYourSite is one that Tim and I use. It allows you to add Facebook pixel. Does it allow you to add the Analytics Google pixel as well, Tim, or not necessarily. It’s just Facebook, correct?

05:28 David Blackmon: Yeah, and these are important because you want to, in the event that you want to retarget and market to your people who come and visit your website, whether it’s for services that you’re offering or products that you’re selling, you’re going to want to have some type of pixel on your website so that you can market to those people at a later date and stuff, so check out PixelYourSite.

05:53 Tim Strifler: Yeah. Absolutely. This one’s kind of random, but again, it’s one that I find I’m installing on most if not all sites, and that is Simple URLs. What it is, it’s a simple redirect plugin, and it will track the URLs. For example, if you have a very long URL that has tracking stuff in it, and you want to make it shorter and simpler, well, you can pop it in there, and then it’ll keep track of how many clicks that you use. I use it a lot for marketing campaigns and stuff like that, use it for affiliate links, not necessarily to hide the fact that it’s an affiliate link, but just to make it look cleaner and simpler on the site.

06:29 David Blackmon: Next on our list is Yoast SEO. You’re going to want to have some type of SEO plugin on your site. SEO is very important. Having your page titles, your social shares, your metadata, all that of taken care of is really important, and you don’t want to be doing that manually every time you create a page. Download Yoast. Yoast is awesome. That’s what we use. It’s super simple and easy and necessary, so Yoast SEO.

07:00 Tim Strifler: Yeah, and the last one on the last, now, obviously, with plugins, considering there’s hundreds of thousands of them out there, this isn’t a list of all the good plugins, but this is just the list that we use and we put on all of our websites, and so that’s why they’re the must-have plugin for 2019. The last one here is WP Smush. It’s a free version. They also have a pro version that add some extra features, but essentially, what it does is it will compress your images. The beautiful thing is you can install it on a existing site, and it will go and compress all of the images that you have. Then after that, any new images that you upload, it’ll automatically smush those as well. It will make the images smaller without any visual degradation, and so it’s going to look just as good, but it’s going to be smaller. Then that makes your website load faster. WP Smush is definitely a must-have plug in for every WordPress website.

07:58 David Blackmon: Tomorrow, we’ve got another great topic: What kind of interview question should a nontechnical person ask when they’re looking to outsource something like building a website? Be sure to tune in. Tim, until tomorrow, we’ll see you then.

Previous podcast Why do some developers hate WordPress? | EP 519
Next podcast What Kind Of Interview Questions Should a Non-Technical Person Ask? | EP 521 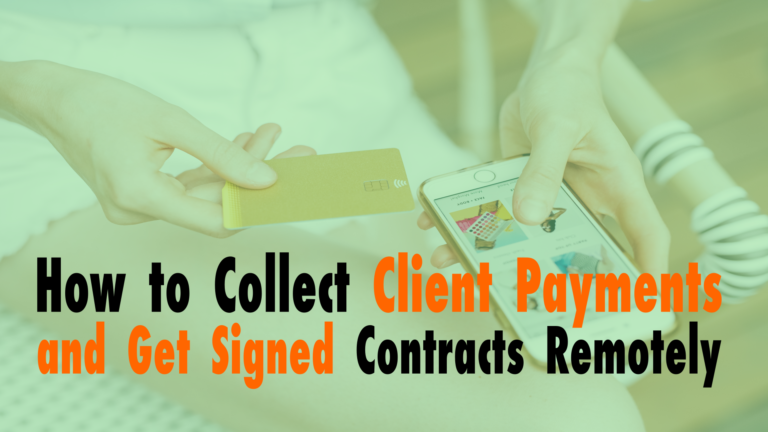 How to Collect Client Payments and Get Signed Cont...