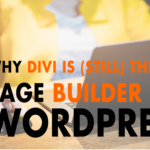 Why Divi is (still) the best page builder for WordPress?

00:33 David Blackmon: It’s been an insanely long time since we’ve recorded, but we’re happy to be back episode 612 why Divi is Still the best page builder for WordPress. We couldn’t think of a better place to start than with our our tried-and-true Platform that Tim and I obviously if you know us if you follow us or you listen to us, we are huge Divi enthusiasts

01:00 Tim Strifler: Yeah, absolutely. And so since we have been away for quite some time we’re What nine months since we published our last episode we figured we’d kind of go back to our roots go back to some of the really core episodes since it’s been a while and so yeah, as David mentioned starting with Divi and and talking about why it’s the best page builder in the world is a great place to Start out the podcast again.

01:25 David Blackmon: Yeah, and I’m gonna start us off with number one It’s the most popular WordPress theme in the world Divi has become the most popular WordPress theme in the world now not only page builder. This is themes period you know, there are tens of thousands if not hundreds of thousands of WordPress themes in the world and Divi has become number one hey have millions of users and it is an insanely powerful powerful tool that a beginner can build a website with it’s never even but use WordPress before or a Developer who has some chops can build anything on the planet with it. It’s just a great tool

02:09 Tim Strifler: And and like we like to say Divi in why it’s so popular as Divi is powerful enough for professionals But easy enough for beginners to use and so you get the best of both worlds there so the next reason why Divi is still the best page builder for WordPress is
With its newest features within the last year year and a half two years Maybe it’s now closed the gap with other page builders. And so there was a time that Divi had fallen a little bit behind with some of its competitors. And so Some of its newest features being the theme builder so now you can create custom headers and footers and archive pages and category pages and then with conditional logic you can say where you want those custom things to appear on whether it’s on all pages on your default template or only on certain types of pages like blog posts or WooCommerce products for example and then Dynamic content being another big one the WooCommerce builder being another so all those features that have now it’s fully caught up with its competitors and The features are actually better Implementation than the competitors as well. And so that’s just another reason why Divi is still the best page builder for WordPress

03:20 David Blackmon: Third point on our list is the Divi community is the most vibrant they are incredible That’s actually where Tim and I met was in Divi Facebook groups I was fortunate enough to be a part of the very first Facebook group that Divi started him and was there from the very beginning from when? From when that group started and we helped build that group up too, which is now the main elegant themes Facebook group, you know for Divi elegant themes manages it and stuff But it’s huge. I mean the Divi community is amazing I mean there are hundreds of thousands of people across the groups and they’re all super helpful I mean they’ve got some of the most talented You know amazing people in the world that can build anything with WordPress and they’re giving of themselves freely and their time to answer questions and to be helpful and stuff and I think that’s what makes Divi so great and look all of these other Facebook groups for like The competitors of Divi and other WordPress themes and stuff. They’re just as helpful But Divi was kind of the originator. It was that the the theme that kind of established and realized that holy cow there’s a lot of power in the numbers and the community is it’s like a Microcosmos of WordPress if you’ve been WordPress meetups and stuff. There are now Divi meetups all around the world and stuff There will be a Divi con at some point. There will be a big Divi convention that elegant theme splits on and Nick I’m putting pressure on you if you don’t put it on soon Guess what Tim and I might put it on we might be the first day because

04:58 Tim Strifler: yeah, it was supposed to be this year But there’s this Little thing called the coronavirus global pain. I don’t know if you’ve heard about it It’s been in the news a little bit. It kind of changed everything in terms of in-person events and conferences. So the next reason why Divi is still the best page builder for WordPress is Divi has Workflow features that allow you to drastically speed up build time So if you’re comparing Divi to its competitors to me This is the the killer app So to speak this is the thing that really separates it from the pack and all of these workplace Workflow features allowing you to do Find and Replace So say for example, you want to remove a color and replace it with the color on your entire page You can do that with Divi and so you decide you know what? I don’t like that color I want to change it to this you can do that super quickly rather than having to go in and do that on each module and so being able to copy stuff and paste stuff whether it’s styling or settings being able to multiple
Selectively and things and change things all at once like there’s so many different workflow features DV calls them efficiency tools I tend to calm workflow features
But they’re one in the same and those are the things that the competitors don’t have and that really separates Divi from the pack

06:22 David Blackmon: Awesome, and guess what? We’ve got a bonus of why Divi is still the best page builder and It’s because they’ve got the biggest Third-party marketplace if you’re a product developer like Tim and I Tim and I are two of the have two of the most successful
well-known Divi product companies in the world If you are a product Creator if you create plugins or themes or layouts or anything Divi is an amazing place to do that the audience is there Nick and the team at elegant themes is very very supportive of the third-party marketplace. They’ve always supported it They shout it out from the rooftops when a new product released or launched they have their own Internal, you know Product review, you know, they just don’t do it for anyone. They have an entire team that manages that and Elegant themes is launching a marketplace here soon. So You don’t even need to do what Tim and I needed to do originally which was to build up an audience and build our own Audience and nurture it and do all of that stuff Elegant themes is about to have their own marketplace and you can submit your products there. It’s just huge So another revenue stream for web developers.

08:19 Tim Strifler: How feels amazing it’s probably longer than our average episode length, but that’s okay. It’s the first one back in a long time

08:27 David Blackmon: How feels amazing it’s probably longer than our average episode length, but that’s okay. It’s the first one back in a long time
Yeah, and I’m excited. I’m really glad we’re back I really hope that you enjoy if you’re watching this or if you do watch this going forward I really really hope you enjoy watching this process behind the scenes and stuff So tomorrow we’ve got another great topic for you five SEO tips you can implement today. Tim?

08:50 David Blackmon: Bye bye till tomorrow. We’ll see you then 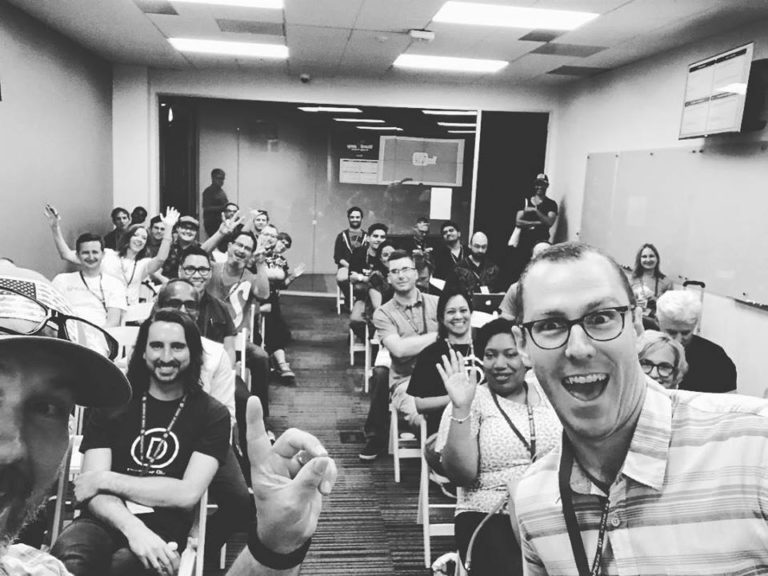 The Value of Getting Customer Feedback | EP 23...