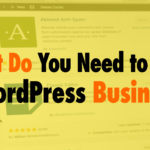 What Do You Need to Start a WordPress Business? | EP 709

WP Gears / Podcast / Business / What Do You Need to Start a WordPress Business? | EP 709

What Do You Need to Start a WordPress Business?

00:38 David Blackmon: Today in episode 709 we’re going to talk about what you need to start a WordPress business. Now you may think “oh my god i got a business plan”, and you know all of this stuff. No it’s it’s a lot easier than you think. It is uh when i started my WordPress business back in 2013 i had never even heard of WordPress before or knew how to use it. And all i had was a laptop and i i probably had an internet connection at my house. But i went to the freaking coffee shop and got on their internet connection because it was probably better than mine. So you know, we’re going to talk about two different things. Kind of break it down into two genres. I’m going to talk about one, Tim’s going to talk about the other, and it’s going to be hardware that you’re going to need and software that you’re going to need. And we’re going to start off with hardware. And hardware is pretty simple you need a computer and it doesn’t matter if it’s Mac or or Windows or or whatever it is because most of your work, unless you’re a developer and a programmer, you’re probably not going to be. Doing it locally it’s going to be all done online in the cloud. So you really technically only need a computer and an internet connection. For your hardware, you know now are there some things that would that you can add to it. Absolutely 100 percent you know um we are Mac guys. Tim and i are Apple fanboys, obviously you see the Imac sitting there on Tim’s desk. We’re both you know we’re macked out everything we got the watches we got the phones we got the everything is connected. Um so you really only need a computer and and mac is really kind of known for. Its it’s you know design and and running those heavier intensive programs and stuff, and that was my experience you know. When i started i had a pc i had a laptop computer and i had really never used a Mac. And when i bought a Mac within my first year it was a game changer. In regards to doing the web design kind of stuff because at the time you know i was running a lot of labor-intensive programs that Tim’s going to talk about and stuff like Photoshop and he may not talk about that one that may not be in the list sorry don’t mean to throw that in there Tim but um you know but like photoshop and illustrator and all these design assets um to edit images create logos to all the stuff for this new web design business that i was creating. But technically you don’t need anything other than a computer and a freaking internet connection and if you can throw a beach in there and you’ll be fine.

03:30 Tim Strifler: Definitely yeah. So in terms of software you really only need three things now this is the bare bones list this is the what do you need to start a WordPress business as David mentioned. With hardware there’s nice things to have to you know speed things up and you know nice monitors whatever um same thing on the software side there’s things that are nice to have but in terms of just getting started the bare bones things you need to download WordPress, which is free, and then you need a theme which we recommend Divi. It’s powerful enough for professionals but easy enough for beginners. Be able to drag and drop no code solution. And then you need hosting. And that’s it once you have Divi in hosting then you’re you’re set, and we recommend checking out Divi Space Hosting, which is David’s company.. uh which uh his customers have been raving about. And so yeah really great hosting a really great page builder and you are good to go. You can build and design websites with with just that um i guess technically hosting’s not software but it’s it’s not hardware that you need to go out and buy yeah you sign up for it you’re renting space in the cloud so it’s kind of this hybrid of software and hardware. U but yeah now in terms of things that are nice to have David mentioned Adobe Photoshop, Creative Cloud Suite those are things that that will be nice to have if you want to ramp up your designs and stuff like that. But the way that Divi is building in all these design tools stuff that you used to have to do in Photoshop you can now do directly in Divi you know. You could probably go a long time without ever needing outside software for designing websites and stuff. Now there’s also additional plugins you might want to get something like Gravity Forms for form plug-ins there’s a lot of really great Divi add-ons from Divi Space and Divi Llife to really help you take your Divi websites  to the next level. But again those are things that are nice to have and will help you for you know different types of websites but you can create basic websites that look great with only Divi and a hosting account in WordPress of course.

05:33 David Blackmon: And i want to just put this out there so we’ve given you the five things that you need to start a WordPress business, computer, internet connection, WordPress a theme and hosting and those five things cost you what’s elegant themes is membership even if it’s annual it’s like…

05:55 David Blackmon: 80.. so let’s just say for a hundred dollars roughly let’s see here you you could probably get away with let’s just say less than 200 with hosting and theme and nothing else. And you can build a six-figure business and work from home with those five things. Easily if you’re motivated and stuff. And Tim and i have of course you know um you know how to how to do that you know how to build a business with uh Divi and WordPress you know, and and get six figures and stuff.. And we’ve had a lot of successful students go through it and stuff so as you was talking it just it just was like man everything on our list is free and they can and they can be free the person can be free they can get freedom which is generating their own so it’s like wow that’s pretty powerful so..

06:53 Tim Strifler: Yeah definitely. And as David mentioned we have the course and we didn’t intentionally create this episode, so we can pitch the course just kind of worked out that way. But yeah if you want to level up and and have us show you kind of behind the scenes of how we built our six figure plus seven figure plus businesses uh around Divi and WordPress check out the Divi Business Expert Course wpgears.com we teach you all the the business side the sales landing clients contracts recurring revenue all the things that you need to be sustainable long term and as David mentioned get that freedom.

07:27 David Blackmon: Absolutely. All right tomorrow we’ve got another great episode, how to set communication boundaries with clients? It’s an important one we’ll see you tomorrow everybody.

Previous podcast What Social Platforms Should You Use to Promote Your Business? | EP 708
Next podcast How to Set Communication Boundaries With Clients | EP 710

The Best Way to Make Your Business Stand Out | EP ... 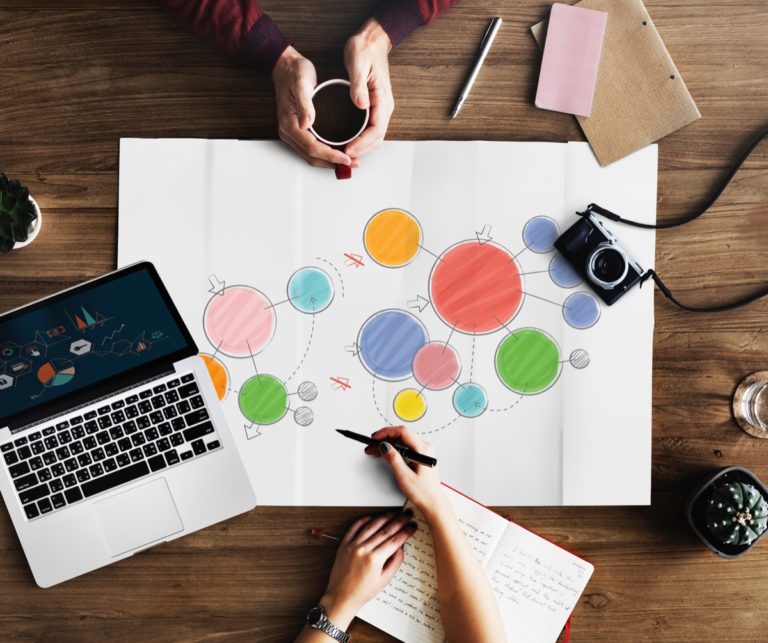 Why You Should ReBrand the Backend of WordPress? |...