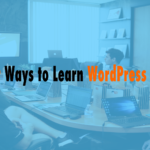 The Best Ways to Learn WordPress in 2022

00:38 David Blackmon: Obviously I’m not in my normal office location. This is going to be kind of my setup going forward. I may never go home again. I’m traveling. We’re gonna be reporting. I’ve got a makeshift studio out here in them woods out here in these streets with, uh, mobile setup. So hopefully everything goes right. I’ve got all the mic, right? Microphones selected, you know, say some prayers, send up some incense, Tim, how you doing?

01:41 Tim Strifler: Doing good. I am in my same office. So if you’re watching on YouTube watching the video, nothing looks different from me over here. Um  but yeah, so, uh, yeah, we’re excited to have, have, uh, David still with us, even though he’s traveling and that’s the beauty of being a digital nomad is David can go anywhere in the world and brings its mobile setup and we can still record and get episodes done. And David’s gonna even have better internet in a couple weeks too. Uh, he was just telling me about so exciting stuff,

02:13 David Blackmon: Which means I’m gonna get to go further back in the woods, but I digress. This is WP the podcast, and we do have a topic today. It’s not just to tell you about my mobile setup today. We’re gonna talk about the best ways to learn WordPress in 2022. There are lots of ways to learn WordPress and Tim and I have kind of narrowed it down to the, kind of broke it up into like four categories, if you will. And, um, Tim, why don’t you go ahead and get us started?

02:46 Tim Strifler: Yeah, absolutely. So, uh, YouTube of course is one of the best ways to learn how to do anything. And especially is the case for learning WordPress naturally since WordPress is software and it’s digital, there’s just a plethora of awesome videos, tutorials on every part of WordPress now, uh, because there’s so much out there we’re gonna give you a couple of suggestions of where you can get started. So, uh, the first one is digital Buddha, which is David’s, uh, YouTube channel.So he has some, uh, WordPress tutorials and videos over there. And then the second one is WP crafter, which is our friend Adam Fraiser. Uh, Prizer sorry, Adam. Can’t remember right.

03:21 Tim Strifler: Exactly.So Adam has been creating a, a lot of videos for a long time and has, uh, videos on every part of WordPress you can imagine. And so definitely highly recommend his channel for that as well as, as David’s Digital Buddha, David doesn’t have quite as many as Adam, uh, but still some great tutorials there too.

03:58 David Blackmon: Absolutely. And more will be coming, cuz I am extremely passionate about digital real estate and you owning your own digital real estate. I firmly believe it’s gonna be as important as own and real land in the, in our physical world because of technology and everything. So, uh, the second method that you a good way to learn, um, WordPress is podcasts. So obviously hello. If you’re listening to this episode, you’re listening to WP The Podcast, Tim and I have over 700 episodes that have to do with WordPress. And it’s not only the technical aspect of learning WordPress, but it’s also about business in WordPress and marketing. Andwe, we dive deep in the weeds over the last 700 plus episodes, you know, but everything is focused around the WordPress platform.

04:49 Tim Strifler: Yeah. And, and it obviously, because we have so many episodes and you know, they’re in short chunks and they’re daily and stuff, it might be hard to, to figure out, okay, well how do I learn in a, uh, you know, in a systematic order? And so one thing with our podcast that I recommend doing is go to WPgears.com and keyword search for, for what you’re wanting to learn when you wanna learn it. And so, uh, chances are we have a episode on everything you could possibly wanna search for, uh, related to WordPress.  And so, um, rather than having to browse through 700 episodes to find what you’re looking for, just do a quick search. So that’s, that’s..

05:45 Tim Strifler:  So, uh, the next method of learning WordPress is blogs. Blogs are one of the oldest forms of learning on the internet andthey’re still an outstanding way to, to learn, especially WordPress. So, uh, just like, uh, with YouTube, we’ve narroweddown a, a couple of our favorites. So the first one is Aspen Grove Studios, which again is David’s company. Aspen GroveStudios has a lot of awesome in depth, well researched articles and tutorials on WordPress. So you can go to AspenGroveStudios.com and again, you can use their search and, and find lots of great content, uh, there for, for whatever you’re wanting to learn. And then the second blog that we recommend is WP beginner.com, UHS Beki, uh, he’s kind of a legend in the WordPressspace. Uh, he owns a lot of different plugin companies and stuff like that. He got started with WP beginner and it’s still,uh, it’s still the most popular WordPress blog out there with a lot of of tutorials. Um, very beginner focused too. So a greatplace to get started.

06:43 David Blackmon: Absolutely. Next on our list is obviously eLearning. There’s tons of courses out there on the internet that will help you to learn WordPress. It just so happens that Tim and I have a couple of courses, one is focused on beginners. If you’ve never built a WordPress website, we have a course, that’ll take you from zero knowledge to being able to build your first WordPress website. It’s called the WP beginner course. And it’s over@wpgears.com. We also have a second course. That’s more advanced if you’re already in your WordPress journey and you’re wanting tolearn how to scale or build a business around WordPress, we can help you there too, head on over to WP gears.com. Andthat course is specifically niche to divvy because we’re big divvy guys. However, a lot of the principles that are in thecourse don’t specifically relate to Divi. They can overlap in a WordPress as a whole. So don’t let that stop you for learning some of the other advanced techniques, like how to build a pipeline, how to close sales, how to engage with customers. What’s important side architecture and all that stuff. That’s important in WordPress as a whole and not just Divi. So the course name is Tim. Wemight need to rebrand. That course might be time.

08:23 Tim Strifler: Yeah.Yeah. And we’ve had non divvy users take the course and uh, they loved it because yeah. Uh, as David mentioned, 98% of what we talk about has nothing to do with divvy. Uh it’s and in a lot of cases, it doesn’t necessarily have strictly to do with WordPress cuz it’s about the business principles and uh, you know, the marketing and sales side of running a business. Uh, so yeah, that’s awesome. Now, um, the last method we wanna talk about for learning WordPress in 2022 is the good old fashioned, getting your hands dirty and just getting in and playing with WordPress and creating pages and posts and uh, figuring out what, what it all looks like and experimenting and stuff. And so we have a really great bonus method, uh, that you can use to just play around and, and, and, and start testing and, and getting your hands dirty. Um, and, and it’s called the Demo Zone and it’s over on divy.space and David and his team created this awesome tool. Um, originally it was meant for Divi users to be able to see the back end of layouts, uh, in order to see how stuff was built.This was before divvy created free layouts. And so this was a way for people to see how to create complex stuff and Divi, but now it’s, it’s, uh, transformed into a, a full blown, uh, way of just testing WordPress and Divi and third party plugins. And so you can create a test site, spin it up in literally seconds. And then from there you can, uh, immediately get into the back end and start playing around and, and sing stuff on the front end on the back end. And then, um, we have 48 hours and then it disappears. So it’s, it’s meant to be a, a quick test to experiment. And then, and then after that, um, you can create another one if you really want right David?

09:59 David Blackmon: Yeah,absolutely. You can create as many as you want. And, and it really is just an easy way if you’re new and you don’t have a host, they’re wanting to just dabble with WordPress instead of having to go out and purchase hosting and get a place to install WordPress. This is, we own a hosting company. So we built the platform to where you can just come in, put your name, email address, install an instance of WordPress and start playing around with it. You can install themes, you can install plugins, you can test things out You can, you know, see if it’s something that you have the aptitude for you enjoy. And then like Tim says, after 48 hours, it automatically goes away. It gets obliterated, but you can, you can create as many instances as you want. Here’s a bonus tip. If you’re a WordPress company and you don’t have a lot of space you’ve got, and you want to create something to show off to a customer, go install some amazing layouts that Tim mentioned free layouts and go show some customers and close some sales <laugh>.That’s awesome. Um, you know, and, and you can do that, do it like the day you’re going, you know, and you’ll look like a hero to those guys. So, um, anyways, we’ve got a lot of tips and tricks about how to, how to, how to, you know, increase your, your, your existence with WordPress and how to grow businesses and stuff. So, yeah, I think that’s it, Tim? We miss anything. 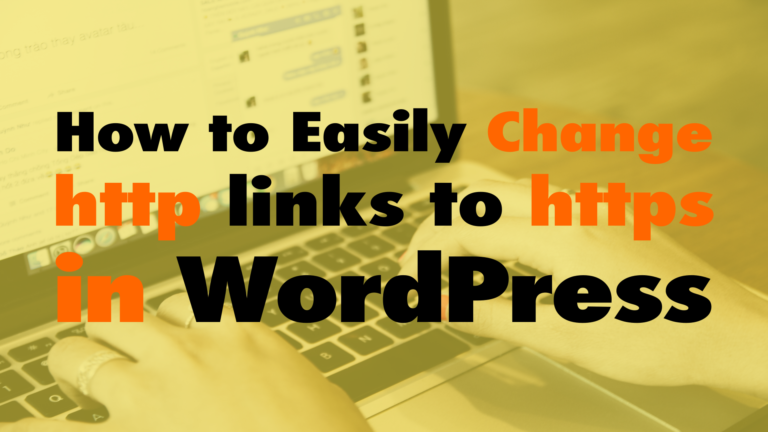 How to Easily Change http links to https in WordPr...