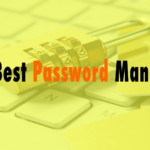 00:38 David Blackmon: Today we’re going to talk about the best password managers that we think you can use for your business. You’ve got multiple choices, but when it comes down to it security and passwords are really really important. Hackers are sophisticated, they’ve got giant computers that can figure out your password, if it’s you know pretty basic and generic. So a lot a lot of passwords these days will require it to be secure. So they’ll require like letters they’ll also require a capital letter they may require letters a capital letter a number and a special character. And the longer the strain is for the password, the stronger it is. So if you have a 8 character password and a 56 character password with those variations, the 56 character is going to be a lot harder to break. Now how do you remember a 56 character password with a bunch of jumbled letters special characters like ampersands, exclamation points, dollar signs, letters, capitalized numbers. It’s kind of hard. That’s where password managers come in and play.

02:00 Tim Strifler: Yeah the answer the question how do you remember all?  That you don’t.

02:05 Tim Strifler: If you, if you were trying to remember all your passwords, first of all if you have the same password for a bunch of different websites that’s a big no-no. And if you’re using like a password that can be remembered, then that’s also a no-no. Because if it can be remembered, chances are that that means that it’s wrong. Yeah and b it’s using words real words which can be hackable as David mentioned. And so, um you want you want random strings of characters, letters, numbers, special characters, capitals, lowercase, whatever. Because that is a lot less likely to get hacked. And so again, you can’t remember all that. So you use a password manager. So the first one on our list, now this is Mac and iOs only,  this is Icloud keychain. So if you are a uh a Mac user and an Iphone user, you can actually sync all your passwords across all your devices. Um but here’s the kicker, you have to be using Safari for this to work, or you have to go into the icloud keychain app and manually copy and paste if you’re using something like Chrome. So this is definitely not the best solution, but it’s the lowest hanging fruit, if you’re not using a password manager yet and you’re using Safari and Iphone and Mac and stuff like that. So i like this for certain things but it doesn’t have a lot of the other features that the next one on the list has, that Dave is going to tell you about. So it is good but it’s not great it’s not it’s not the best.

03:43 David Blackmon: Absolutely. Next on our list, and it’s actually the one that we use in our company, and it’s Lastpass. Lastpass has been around for a while it’s one of the og password managers it’s pretty inexpensive for what it does for you. I mean it’s maybe a hundred bucks a year or something like that, um i’m not even sure if it’s in one of the the sweet you know plug-in suites that you can buy. Like i have set app for Mac and it has like 100 different plugins and stuff and who knows, Lastpass may even be one of them. I don’t know we individually pay for the pro plan, and what it allows us to do, is it will not only generate passwords for us secure passwords, but it remembers it for us as well. So with Lastpass all we have to do is remember one password that is your master password and that’s to get into Lastpass. And then you can have like me for example, i have hundreds of passwords for accounts. That i there’s no way in hell i’m gonna remember them, but i can remember one password to get into the Lastpass account. And then Lastpass will tell me what my password is for. Whatever i saved it not only will it tell me it allows me to share this with other people safely. So they i have what i like to call my inner circle and then i have my outer circle my outer circle of people that i share my password with. They can’t view it, they can launch the application or the program from Lastpass and it will unlock it for them and log them in, but they cannot see the password. What’s the advantage of doing that, well the advantage of not sharing your password with someone is that they cannot make changes to your account, because typically a lot of when you go to make major changes to any account it asks you to verify your your password. And it will not allow you to copy or relog in from Lastpass to do that. So that’s kind of a security safety barrier that it allows you now, i have what’s my ins inside circles. So i have a business partner Corey Jenkins we share everything together in our business, he gets to see all the passwords i get to see all the passwords. So if you if you this is a family and and you have a wife then that may be something that you share the passwords with anybody outside of Corey or Tim, who are business partners of mine and have as much vested in in losing something. They’re not seeing the passwords i’m sharing them without allowing them to see it but it will also allow you to share the password with them. So like Tim or Corey we can you know, if they need to make some changes to the account i’m not around no big deal, i’ve got access to it and stuff. So it’s just it’s just a really really powerful thing that you can do. And then you can revoke it. You know, they’re no longer with your company, they’re not working with you, you can take all of the passwords that you shared with this individual and turn them off. They can no longer launch it, see it, and because they never knew what the password was to begin with it’s not really going to do them any good, because they were launching it from the application. So it’s just a really powerful way to manage your passwords.

07:24 Tim Strifler: Yeah. Absolutely Lastpass is awesome, highly recommend it. The last one on our list is 1password and it’s similar to Lastpass um but what makes it different,  is it’s not a hosted uh as like Lastpass is. You actually download the software and install it on your local computer or in your dropbox or something like that. And it runs locally, and they the idea behind it is that it’s more secure because no one can hack because it’s all just local. However i want to say with that with the caveat like while that’s great like don’t think that Lastpass isn’t good, because Lastpass uses like military grade encryption to lock down everything in inside of Lastpass. So like Lastpass is extremely secure. So i still think our number one choice is Lastpass. I don’t think 1password has all the collaborative stuff like Lastpass does. Because it is localized. It could be wrong they might have waited making that happen but i think Lastpass has really figured out a really great user experience for sharing passwords in a secure way, and everything. So Lastpass is still in my opinion the best one out there.

08:48 David Blackmon:  Awesome. Well tomorrow we’ve got another great topic and Tim can you believe it we’re about to hit 750 episodes of WP The Podcast.

09:01 David Blackmon: That’s three quarters to a thousand, twenty-five percent away from a thousand bro. Um all right, tomorrow’s topic is going to be how many marketing emails should you send. Until tomorrow we’ll see you then. 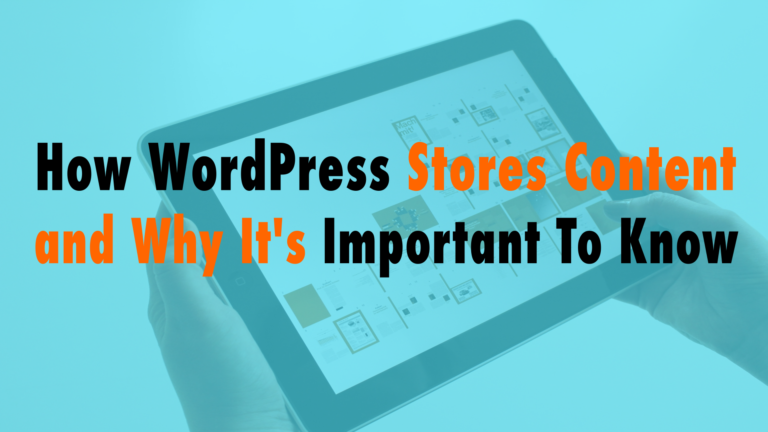