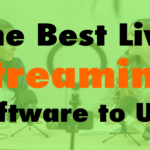 The Best Live Streaming Software to Use | EP 730

The Best Live Streaming Software to Use

00:38 David Blackmon: Today on episode 730, the best live streaming software to use, we’ve got a list here, so listen up pay attention. Live streaming is all the rage in 2022. It really started in 2021 when i mean live streaming’s been around for a while, Tim and i live streamed five years ago when we started this podcast, um yeah it blew up in 2020, It blew up in yeah and the pandemic when you know churches closed and a lot of businesses that needed to just kind of reinvent themselves to reach their users audience, customers, they all started live streaming. And i think primarily it was a lot of churches and you know they needed to pivot because everything was closed. They wouldn’t let them congregate and meet and um so i have always personally really liked live streaming and producing video type kind of content, um just because it’s it’s fun. And it kind of like ignites my soul and stuff. And um, you know.. So i discovered this first one on our list and i’ll say this right out of the gates, this is Tim and my favorite live streaming software and it’s Ecamm Live. Now there is a caveat it’s only for Macs, so if you’re a PC user you’re going to have to use one of the other you know that we mentioned. We’ve used a Mac or get a Mac and let me tell you it’s worth it. Mac Mini’s pretty cheap, very powerful especially with those M1, M2 processors and stuff. So Ecamm Live i just kind of dove off into um here’s a funny story i dove off into it, Tim tells me hey oh yeah um we used Ecamm Live i didn’t even know he was using it for us back before. I went looking for it and the person that he was learn he learned Ecamm Live from Diana Gladney watching her youtube channel ended up becoming a good friend of mine in the live streaming community, which was kind of you know this six degrees of separation full circle type kind of thing. But um yeah Ecamm live is an extremely powerful live streaming platform. It’s not only for live streaming, and i think that’s what Tim and i like about it, is it is a full on production studio built into your computer. Because you can record locally to where you don’t even have to live stream and it can be insanely professional and and we use it and Tim uses it for, you know a lot of our product videos and content creation for our videos and stuff. Well that’s huge and so it’s insanely powerful. I won’t dive off into all the features of it but it needless to say go watch some youtube videos on it. It’s good and i’m gonna let Tim talk a little bit about it and he can dive off into our other our next one.

03:50 Tim Strifler: Yeah you can, like they just make it so intuitive and some of the the other ones that we’ll talk about um that are, uh been around a lot longer. They make things really confusing. Ecamm live it’s like you the interface just makes sense. Yeah if you’re an Apple user that’s what you like? you like a well-designed user interface that you don’t have to like read documentation. It just you just click around and it just it works right. And so that’s what Ecamm Live is and it it’s awesome. Now the the next one on our list i’m going to talk about uh is called Stream Yard. Now Stream Yard i feel like uh came after Ecam Live, i could be wrong but i heard about it after he came live at least and it is a browser-based uh software. Ecamm Live is you download it you install it and to me it gives you more power than only being able to run in the browser. I think Stream Yard is really good for one thing and that’s when you have like groups you have multiple people in different places coming on you can do that. In Ecamm live i just don’t think it’s quite as good as Stream Yard so i think Stream Yard uh it’s it’s a smoother interface uh uh no lag type of type of thing um and but that’s the only thing that stream here does does well. In my opinion Ecamm Live blows it out of the water in in every other way so Stream Yard is another popular one but it is browser based which i think has its downsides if you’re doing solo live streaming.

05:15 David Blackmon: Yeah and i think that’s a very good point and logically. It just makes sense that it would do better for groups on a browser base because they have focused all of their energy on the browser and the connections as opposed to the software on the machine and stuff. So logically it does make sense. I’ve never used it, so i can’t really speak to it but just listening to you talk it’s like oh that makes sense i would think that a big group would do better with a browser-based focused platform because all of their energy is focused in the internet, and you know dialing that in as opposed to um Ecamm does have the interview feature which is insanely powerful. But as a user, if you’re not driving the ship you feel like it’s uh it’s it’s no fun on the back side although it’s changed a lot. It’s a lot better now than it used to be. So next on the list is OBS, Tim you’re gonna have to tell me what OBS stands for? Online broadcast system or something?

06:24 David Blackmon: Yeah it’s open source kind of like WordPress. We love open source and it’s very powerful. Look the PC community loves their OBS, and i mean it’s it’s insanely powerful but it is very complicated to use. I mean it’s you got to have a damn phd and a couple of master’s degrees just to work OBS, whereas like Ecamm live right out of the box you you don’t even have to read anything, and it’s it’s just like Tim said it’s so intuitive. You can just push buttons and know what you’re doing. OBS you’ve got a i’m telling you you need a phd and a couple of masters just to get a live stream off the ground yeah at least that’s what it felt like years ago when we tried it and stuff.

07:12 Tim Strifler: Yeah definitely i don’t have a lot of experience with OBS um sorry i’m like i have my allergies.. i’m like about to sneeze um.. so i don’t have i have a lot, i can say about it uh but yeah i agree with everything David just said. Now the next one on our list oh it’s like right there  we can keep that we can edit it out yeah we’ll find it either way and it’s all real exactly. So uh the next one on our list is called Wirecast. Now Wirecast is professional level live streaming broadcasting software. And i bought it a few years back before you Ecamm live existed, and uh because i want to be able to do live streaming and screen sharing and stuff like that. And when live stream like when Facebook live first was released and uh like using third-party software was like a new thing and i remember i was doing a live stream and i was sharing my screen, people like “how do you share your screen on a live stream?” Like what because like most of the live streaming was done just like you connect to your phone or your webcam. And so yes i was using that, but it is similar to OBS. It’s very complicated and um it’s also very expensive. It’s by the same company that makes Screenflow and so i i’ve been using Screenflow for making tutorial videos for a while so i knew they made good software. And so i bought it, it was expensive, it was really confusing to use and i was like this is not great. And then as we mentioned i came across Ecamm Live, watch some videos i was like “wow this is so much better”. So um yeah again i mean we’re pumping Ecam live because it is in our opinion by far the best so if you plan to do any live streaming at all, or you just want a really easy way to make some local videos. And i’m going to tell you one thing, you might be wondering okay well why wouldn’t i use something like Screenflow or Camtasia to make tutorial videos and stuff like that? And you can. And if you’re planning on wanting to do a lot of editing and stuff you can do that. I like to have minimal editing as possible and Ecam live lets you do that because you can set up scenes and you press a button and it goes from you know just you to uh bam showing you in the bottom corner, and then sharing your screen and stuff. And so it basically it lets you edit in real time that’s essentially what you’re doing is you’re you’re basically uh producing in real time rather than having to edit in post so.

09:41 David Blackmon: Yeah you’re you’re pre-producing as opposed to post producing, and even lots of better ways it allows you to set up all of your scenes, kind of map out just like a show or anything that you’re going to create, and then once it’s set up and you’re in the flow of recording you’re just pushing buttons, you know. And you’re going from one thing to the next and that is insanely powerful. So that when you’re done and you hit end recording or in live stream you’ve got a a very professional video whereas you know all the others are post producing and you’re trying to add all the overlays in after. The fact and it’s just a it’s just a much easier process and stuff.

10:36 David Blackmon: Yeah and like it’s a separate audio a separate video the whole nine yards it separates everything out for you as well yeah..

10:44 Tim Strifler: And it’s a super high quality file which means it’s large, but if you’re uploading to Youtube or Vimeo anyways they’re gonna compress it down during that upload process, so it’s like why do you need to export smaller doesn’t make any sense.

10:57 David Blackmon: Right. All right, well there you go. You got the best live streaming software to use in the books. Tomorrow we’re going to talk about our top five recommended WordPress hosting companies. All right, Tim until tomorrow we’ll see you then. 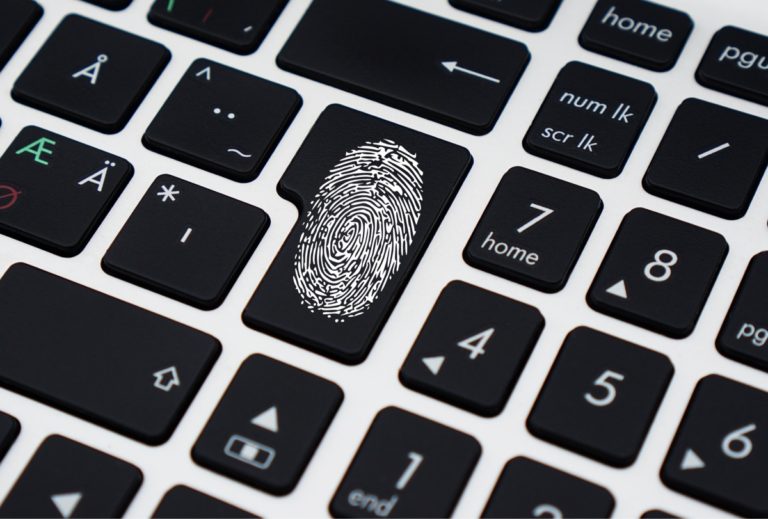 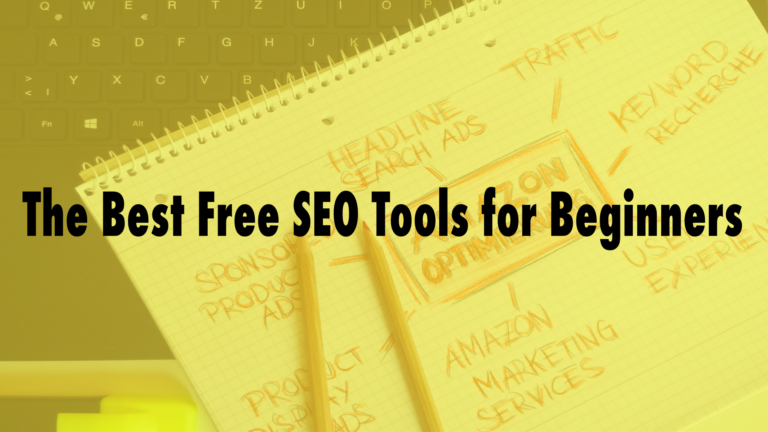