The Best Way to Make Your Business Stand Out

00:35  David Blackmon: Today we’re going to talk about the state of the WordPress page builder now if you’ve listened to this podcast you know that Tim and i are huge Divii fans, we own two of the top you know third party product creators for the Divi theme by Elegant Themes. We were some of the ogs in that space uh it’s a very crowded space now as everybody else has kind of followed our our lead and uh gotten into this space realizing the power of Divi and stuff, so but we’re not we’re not giving it away yet. We might be you know we’ve been away for a year and a half we may have uh changed our minds right Tim?

02:08 David Blackmon: I think you should Tim

02:10 Tim Strifler: I personally prefer divi and it’s not for me it’s it is the preference thing but there are some other reasons that we’ll talk about here uh in a second um but i just want to get it out there that we don’t hate on the other builders david actually has products that work with the other builders and so forth so um i will say that there are things that people didn’t like about divi for example divi being super powerful a lot of features it did have some bloat previously now thanks to a big performance overhaul they did last year divi is now the fastest page builder if you compare them you know out of the box to the other builders because of the their dynamic um asset framework that they built in and so divi is now super fast uh which didn’t used to be the case..

03:02 Tim Strifler: Exactly so thanks to the daft divvy is fast so that would be something that divvy haters would say is oh davey’s bloated well no it’s not anymore so you can’t use that excuse if you don’t like Divi

That’s right and the og even the og wordpress you know, um people that are purist i will i’ll call them purists you know, they they do not use themes and page builders and stuff, because they want to build everything from scratch. Even those guys have come a long ways and around the bin because page builders aren’t going anywhere and they’re just so easy for the end user to use and when you think about it you know the majority of people that are building websites on the internet are not hiring agencies to build said websites, they don’t need to have programmers and stuff. They just need simple websites that can um either share their knowledge uh whether it’s a hobby or or an educational resource or just something fun that they’re doing. Or small businesses you know. So and page builders allow you to do that it’s just so easy they come with so many free and it doesn’t matter like Tim said.  Divi or Beaver Builder Elementor they all have these they’ve got free templates thousands if not tens of thousands of free you know pre-designed things that are geared towards i don’t care what your niche is there’s probably been somebody that’s built a free asset for it that you can just plug into one of these page builders and go you know just replace the copy replace some images and you’ve got a beautiful website up in a matter of minutes. In fact last year part of my i i decided to dip my toe in the the youtube waters and created the digital buddha youtube channel uh because i’m i’m really passionate about people owning their own digital real estat, and i think it’s important for the future. I think i think it’s as it’s going to be as equally important as owning real land in the real world owning digital real estate is going to be really important in the form of your website and you know i think i installed an entire e-commerce website one of those videos from start to finish um up and running beautiful in seven minutes you know i mean that’s the power of a page builder you know it’s like boom holy cow and then you can go in and you know add to it edit modify so i i think the state of the WordPress page builder is it’s killed all other themes in my opinion or do do people even buy regular one-off themes anymore. Tim that aren’t page builders?

Exactly. So a couple reasons that that we recommend Divi. Not only have we been using divi and so we’re very familiar with it but uh Divi is constantly evolving right. So i mentioned they did a huge performance overhaul that was their first performance overhaul they have another performance overhaul planned um sometime this year which will get away from the shortcode based uh builder,  that it is and be a more modern uh html5. You know kind of more of a block based type of thing uh but still it’s still going to look like Divi. It’s just more of a back end thing and that will speed up the performance as well so Divi has constantly evolving, so that’s a huge thing. Now all of them are adding new features and stuff like that but what i like about Elegant Themes they’re the creators of Divi in case you’re not familiar is they are they’re a bootstrapped company right so Nick Roach the owner he is the only owner there is no venture capital companies uh behind um the the business that are you know trying to persuade the direction of the company so Nick Roach is is only responsible to customers not to investors that is not the case for some of the other page builders such as Elementor they’ve had a lot of money poured into it which can help with their growth but you also see things that are not super great for customers for example they did several big pricing hikes over the last couple of years that customers weren’t stoked about and so those are the types of things you see when a company gets venture capital poured into it the same thing with WP Engine it’s like WP Engine had a several huge rounds of venture funds and then big pricing hikes came after it because investors want to see a return so they’re they’re demanding things and so Divi is independent it’s it’s not owned by venture capitalists and so they’re able to keep the prices low to satisfy their customers and let customers decide the future of the business not not investors

08:17 David Blackmon: Absolutely that’s a great great great point because you know what investors want their money. Tim said it they want their money and they they want they want to return on that so i mean we could talk all day long about the state of the page builders you know the the movement to react and front-end development i mean do people even build websites on the back end anymore i don’t even know i mean front end development is so advanced now and um you know the ability to create on the fly um you know is just amazing you know today in this day and age so um yeah i think the future for the page builders are brighter and brighter and brighter and they’re not going anywhere obviously Divi launched in december of 2013 we are now sitting in march of 2022 and it’s still blowing every other WordPress theme out of the water so i think that’s a good sign nine years down the road and still going strong so that’s incredible yeah absolutely all right Tim we good we are good tomorrow we’ve got another great topic how to build a brand as a web design freelancer or an agency. Tim until then we’ll see you tomorrow

Why You Should Set Up SMTP for Your WordPress Webs...

Why Divi is (still) the Best Page Builder for Word... 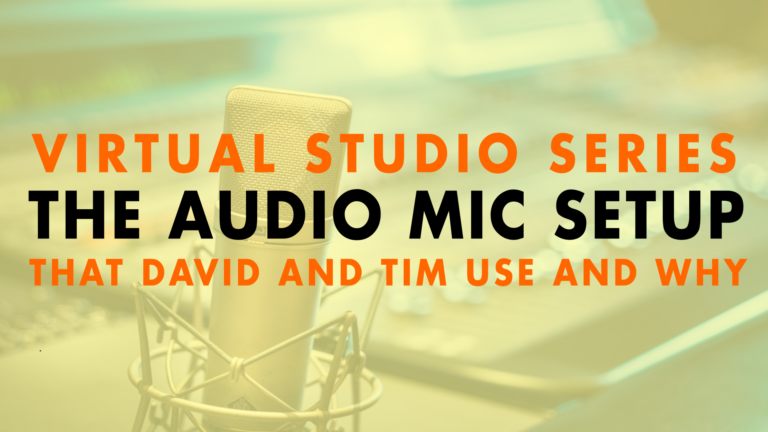