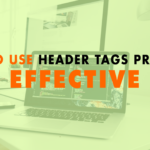 How to Use Header Tags Properly for Effective SEO | EP 648

How to Use Header Tags Properly for Effective SEO

02:15 David Blackmon: I’m going to throw a bonus thing out here, or not necessarily a bonus thing, but a tip. I have a question for you Tim, how many H1 tags should I have on my on one webpage?

02:32 Tim Strifler: You should never have more than one H1 tag per page, and that should be the title of the page! Should be the header tag and you only have one title because that’s the, you know, overarching theme of the page, of what this page is about, and so it’s not going to be about 20 different things. It should be one big overarching thing and then you have the sub points underneath it.

02:56 David Blackmon: There’s tip one. I know when I started developing websites, I liked the way that H1 tags looked. Because they were so much bigger and bolder and they were, they looked better than H2 three four five six tags because they incrementally got smaller as it went down the page and stuff and I didn’t realize I was such a “design nazi”! And I like the way things look and stuff so I put everything under an H1 tag for a long time and man uh did I see a major jump in SEO when I started doing it properly and having one H1 tag on the page, so yeah..

03:35 Tim Strifler: Yeah and that’s the thing is a lot of people do it that way they use header tags for styling. So if they want somebody to be big they use a you know an H1 or an H2 because the way that like a theme styling is done. Typically within WordPress is that the H1 is going to be the biggest H2 is going to be smaller and so people will you know, use that for styling which is the wrong way to do. It you should use it to emphasize content and so really ideally what you want is you want a hierarchy within your html tags, where as we mentioned, you have one H1 tag on the entire page which is the title. And then you have an H2 tag which is your main point number one right? And you can have several
main points and then within your H2 you might have a couple H3s and maybe even  H4,  and it’s like your hierarchy of content to separate content and break it up. And so um like a good example of that is you might have a page on your website so you have a travel blog and you have a page on your website of like all the places you’ve traveled to, right? Well your H1 tag can be all the places that I’ve traveled to and then you have an H2 that is Europe and then within H3 you have you know some of the the countries of uh of Europe that you’ve traveled, to those are your H3s, and then maybe you have some H4s of some specific cities that you wanted to talk about right? And then um you have another H2
lower down that is uh North America so um you know when you break it up that way of of smallest to largest in terms of , you know, the importance and how it’s structured and and that’s how you use H1 tags properly with the hierarchy. Did that make sense David ?

05:16 David Blackmon: It does and i kind of want to give you another example and stuff. So your H1 absolutely has to be the title overarching but you can have, like Tim said, four five six H2 tags. In fact in Tim’s example you may want to have those you know main point number one two
three four and five here are the countries that I traveled to Europe, Africa, Australia, United States, those would all be H2s. You don’t want to have, you know, the title of your article be “hey all the places i’ve traveled all the countries i’ve traveled to in the world”,  and then have
uh United States H2, uh Australia H3, Europe H4. No you want h2h2h2..  So making sure you use these tags properly and stuff is really important. We’re going to link to an article elegant themes who has a great WordPress blog. One of the top WordPress blogs in the world
has a really good article that Tim and I are going to link, to that will give you a some good examples of of how you want to use this properly and stuff.

06:25 Tim Strifler: Yeah absolutely. So they have some and I’ll just read quickly one of their examples. If you’re talking about obs studio how
to live stream well your H1 would be how to use obs studio to live stream and then your H2 is what is obs studio and under that is H3
is what about slobs. I don’t know what that is but they talked about it on the blog post and then the next stage too is how to get started with obs and then another H2 obs studio setup and then within that you have you know breaks it down further setting up a scene in obs studio and
then adding sources in obs studio. And then another H2 is adjusting sources on screen, so you can kind of get the idea here, you know. It’s breaking up and organizing content and here’s the thing is that’s really really good for search engines when you structure and have good
content hierarchy using header tags but the cool thing is it’s actually really really good for humans too. So when you have your users reading it when it’s broken up and organized really well, your users appreciate that, and they like that. Because they can scan the headers and be like “oh here’s the part that actually tells me how to set up a scene”, like you know it’s the obs studio setup. And then setting up a scene “boom that’s what i’m looking for”. And so that’s the cool thing about SEO is typically what’s good for search engines is ultimately best for users too. And so um that’s just how how genius these search engines have become and how intelligent the algorithms are..

07:55 David Blackmon: All right Tim I think we’ve covered this topic good enough. Anything we missed? Nope i do not think so.. All right tomorrow we’ve got another great topic we’re returning to our virtual studio series, and Tim and I are going to talk about the audio and mic setup that we use, and you can see his right there in front of his face if you’re watching this live stream, and you can’t see mine because it’s
above my head and i’ve got it out of frame. So lots of different options we’re going to cover it tomorrow. Tim until tomorrow we’ll see you then.

Previous podcast How to Add Syntax Highlighting in WordPress | EP 647
Next podcast Virtual Studio Series: The Audio Mic Setup that David and Tim Use and Why | EP 649

Why You Need To Pitch Website ROI Instead of Websi... 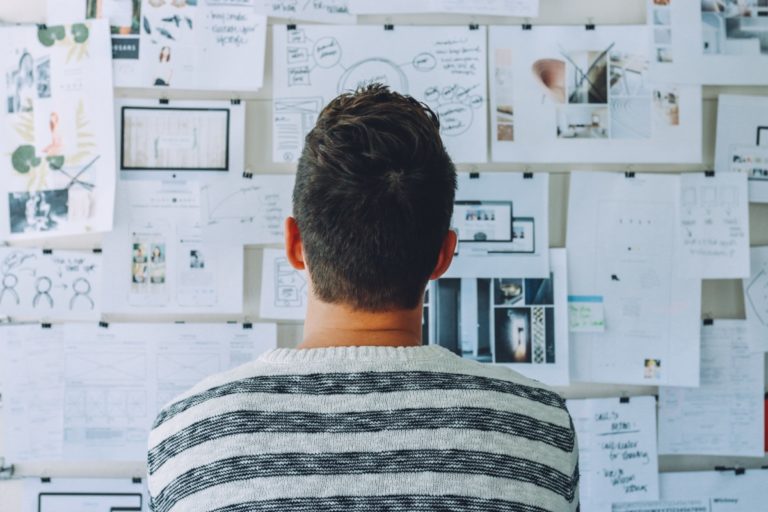