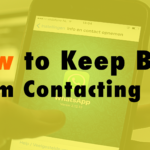 How to Keep Bots from Contacting You | EP 756

00:38 David Blackmon: Today in episode 756, we’re going to talk about how to keep bots from contacting you. As technology improves and you know, we continue to move on, we have these incredible things called cell phones you know that that we do everything. And it used to be when you had a cell phone number you never got any spam calls, because nobody knew your cell phone number. Well in this day and age i get quite a few spam calls on my cell phone, and i have spam protection through my provider. And all of the stuff but yet they still get through. And they’re annoying and you know, a lot of times they’re nefarious and they’re up to no good they’re trying to scam you, and they’re not really about even trying to sell you something unless your car insurance has expired, or your warranty and you need a new car warranty. They’re trying to sell you something. So you know what are some of the things that may be causing it you may be unaware of oh why in the heck am i all of a sudden getting a ton of spam emails or phone calls on my phone it may be because your website. And we’re going to talk today about things you can do to protect yourself from allowing these bots to capture your data and start selling it to the highest bidder and then spamming you to try to get um money from your pocket basically is the bottom line.

02:27 Tim Strifler:  Yeah definitely. So the first thing you’re going to want to do, even before we get to the website. Let’s start with the domain. You’re going to want to pay for domain privacy, because if you purchase a domain without privacy your phone number and your email is out there. And so bots can scrape those uh whois records and find your information and put you on lists and sell the data and stuff. And so it’s one of those things where it’s like one day without the privacy can like really kind of screw over for months and years because once it’s out there it gets added to all these different lists and stuff. So whenever you buy a domain you want to make sure that your contact information is kept private. It’ll protect your phone number and your email from getting a bunch of spam so that’s the first thing you want to do.

03:14 David Blackmon: Yeah, and the next thing you want to do, and i’ll specifically talk about phone numbers, and then how about i’ll let you Tim talk about emails and stuff. Like that we’ll break it up into that so what are some of the things you can do to protect yourself from getting spam calls, because the way that it works is there are robots out there. You know there’s hackers there are some pretty smart people that are just trying to. They realize that information is valuable and that they can sell information to different people. So gathering that information is what they’re trying to do. Well obviously there are billions of websites on the internet they’re not individually going to each website browsing it to see if they can find an email address or a phone number. They’re actually sending out bots little robots to find out which websites have their phone numbers and or email addresses on the website and they’re capturing it. Now there are some things you can do to protect yourself against that, and i’ll specifically talk about phone numbers. One of the things you can do is to put your phone number in an image you know. Of course Tim they’re getting smarter and smarter we were talking about this in another episode you can have text in an image and and it can be grabbed, i had you know i had my starlink being shipped to me i’m gonna give you a perfect example. And uh i shipped it to my home address in Tennessee and then i had my business partner forward me my star link up here. I’m currently in the Acadia National Park in Maine, and i was meeting a friend and i asked them if they could you know if i could ship my starlink to their house, and they said no problem.So Corey took it to the post office he did um two-day you know postal service and put insurance on it and got a tracking number he took a picture of the receipt with the tracking number on it and he texted it to me. And when i opened up the picture to look at the tracking number you would think that you’ve got to go into your browser and type it in all i had to do was click on it and it automatically had scanned that text and grabbed it and opened up the tracking link automatically, because they can it. Can read numbers and text now. So um i don’t know that this solution is going to be a good one for very much longer, but putting your phone number in a in an image as opposed to typing it out hyperlinked on your website where someone can click it and call you from the web browser or their phone you know is different. What you can do is um add captcha you know there are tools that you can use if you want to put your phone number on there. If you’re a restaurant for example and you want them to call to place an order or something you may want your your phone number on there and you may want them to be able to call you immediately, because you found out that from a from a conversion standpoint that converts better than you know an image or whatever. Well there are some software tools that you can use to combat the robots from grabbing that number. It basically will hide it and stuff like that and it’s you know a form of captcha and you’re just going to want to employ that on your website, Tim’s going to talk about emails some of the things you can do.

06:50 Tim Strifler:  Yeah i was gonna say in general, don’t put an email on your website at all. Just use a contact form uh and that will just immediately cut down on a ton of spam. But you don’t just want to contact form you want a contact form that has captcha, because otherwise your contact form will get spammed. So um if you absolutely have to have an email on there you can do the trick that David mentioned putting it in an image or there are ways to make it uh you can use css to kind of separate it out and use pseudo classes and stuff that’s getting pretty technical um but i would say just avoid it all together and just use a contact form.

07:27 David Blackmon: Boom! easy peasy chicken squeezy. Or you can do like we used to do um back in the day when we wanted to subvert like like some platforms wouldn’t allow you to put your contact information in like craigslist for example. You wanted to list something to sell or to give away for free and craigslist wouldn’t allow you to put your phone number or your email in the description of the product, so that people could contact you to buy it. So you could type out your phone number like one two three you know four five six seven like literally type it out letters spelled out with letters as opposed to using the numbers you know. And you could do the same thing with email which would be like whatever at with the ampersand spelled out, as at and then where it’s dot-com you would type out d-o-t you know com and get around that stuff. So um that doesn’t look too terribly professional on your website though but uh it is it is something that you know is an option and stuff and i think still works i don’t think i don’t think bots picked that up yet stuff so um people just have to be smart enough to figure out that it’s a phone number or an email address. But like Tim said just create a form make it easy get a form you have to worry about all that stuff. All right tomorrow we’ve got another great episode, stop selling web design features to your clients and do this instead. Until tomorrow we’ll see you then.

Previous podcast Helpful Software to Use When Creating Social Content | EP 755
Next podcast Stop Selling Web Design Features to Your Clients, and Do This Instead | EP 757 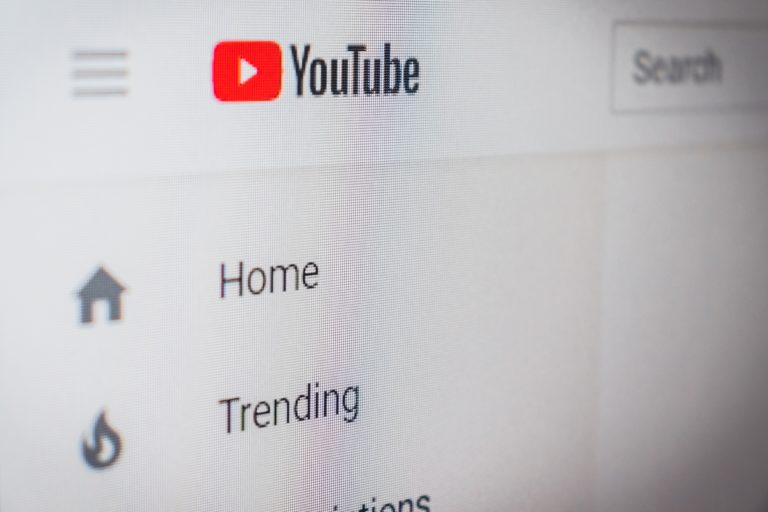 How to Add Dark Mode to Your WordPress Website | E...