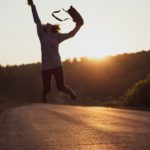 Healthy Habits that Lead to Success

00:28 David Blackmon: Hey everybody. Welcome to another episode of WP the Podcast, brought to you by WP Gears. I’m David Blackmon.

00:38 David Blackmon: Today we’re going to continue our four part series on productivity and life optimizations. Today we’re going to talk about healthy habits that lead to success, you know, they’ve interviewed lots and lots of very successful entrepreneurs and a lot of these super successful entrepreneurs like Bill Gates, Steve Jobs, any of the people that are well known all have very, very similar traits and habits.

01:22 Tim Strifler: Yeah, definitely, and that’s actually I’m glad you brought up the very successful billionaires and stuff. They do all have very similar habits. A lot of times, at least for me, I think, “Well, yeah, I don’t need to do that. Maybe if I get to that level then I’ll have no choice.” But if it’s like no, you’ve got to flip that around and they got to that level because of their discipline and their healthy habits that helped them stay focused and not be distracted and all of those things.

01:48 Tim Strifler: The first one on the list here is get sleep. It sounds so simple but there’s a saying. I think it’s a quote from Ben Franklin or it might be one of those things that someone said he said it but he didn’t actually say it. It’s a little cheesy and cliché, but early to bed makes the person, or early to bed, early to rise, makes the person healthy, wealthy and wise. I think that there’s a lot of wisdom in that saying because it’s true. Your brain needs rest in order to function properly, to think clearly, to have the energy to get through the day. I think that really starts the whole healthy habits. I think it starts with getting enough sleep and getting consistent sleep.

02:28 Tim Strifler: I know for me over the last year I started going to bed earlier. The last couple of years I’ve kind of continuously wake up earlier, but I’ve been going to bed earlier, too, and getting consistently the right amount of sleep to the point where my biological clock gets in a rhythm to when I don’t have to wake up at that time. I naturally will because my body’s used to it and I’ve had enough sleep and I’ve gotten into that rhythm. I think much more clearly. I have much more energy because of it. I’m much more productive in the mornings because I get enough sleep. I think there’s so much wisdom in that saying, early to bed, early to rise.

03:06 Tim Strifler: Yeah, I’m definitely not perfect. I’m trying to optimize that more and find the sweet spot of exactly what that time is that I need to be in bed by and so forth, but those intentional habits that I have been setting and following have definitely been effective and I’m noticing the difference in my business, in my personal life, and everything.

04:36 David Blackmon: I’m going to be the first to admit I am terrible with this. This is something that I absolutely 100% struggle with. I typically get up out of the morning. Sleep is not something that I struggle with. I get plenty of sleep. I go to bed about the same amount, same time every night. I get up at the same time every day. It’s like a routine. It’s just like clockwork.

04:23 David Blackmon: Where I really struggle is this part which is the eating healthy and stuff. It’s so important because this is the fuel that we’re putting into our bodies that’s going to help us. I understand the logic behind it and stuff, but getting on the right train, grabbing a bag of chips or a donut or something quick is so much easier than planning, eating healthy, and sticking to a routine.

04:49 David Blackmon: I get up in the morning. First thing I do is make coffee. I go to my desk. Then I don’t leave my desk until 12:00, 1:00. I’m working nonstop from the time I get up until lunchtime. By the time lunch rolls around, I’m starving. What happens when somebody’s starving? The go for the easiest, quickest, fastest thing that they can do and it might be donuts, chips, cakes. I don’t want to take the time to make myself a nice, nutritious lunch. Because I’m a terrible planner, I didn’t do it on Sunday at the beginning of the week.

05:29 David Blackmon: Tim’s going to tell you a little bit about a food service that he and I started messing around with that I got to tell you is awesome.

05:36 Tim Strifler: Yeah, definitely. Tomorrow’s episode, Life Optimization Hacks for Maximum Productivity, we’re going to talk about some of that. David likes to get a little bit ahead of ourselves here.

05:50 Tim Strifler: I know, but yeah, we will definitely share some of those what I consider to be life hacks that can really help these things, but yeah, eating healthy is so important. There’s studies that show that you think more clearly. You have a higher level of intelligence when you eat healthy and get sleep. This isn’t our opinion. This is science, research. I definitely recommend researching if you’re someone who wants to be an entrepreneur and be a high performer. Google or YouTube diets for high performing entrepreneurs. There’s a lot of stuff out there. Anything with health and fitness, it’s always pretty subjective. Take it with a grain of salt. Do lots of research. Make sure you’re looking at who is stating these facts and if they’re credible and so forth.

06:43 Tim Strifler: The Keto Diet, for example, I keep hearing more and more how it’s great for entrepreneurs and all of that. I haven’t started that by any means, but it’s something that’s peaked my interest so yeah, very, very important.

06:54 Tim Strifler: The next thing on the list is minimal alcohol. This is something that I don’t drink, David doesn’t drink, and so this isn’t something that we relate to directly and we don’t want to get into all the reasons behind that, but if you look at purely the health benefits of not drinking at all or drinking minimally, they’re huge. It’s science, especially when you drink heavily and you’re hung over for a few days. It takes several days for your brain to get back to the point of mental clarity, and that’s a big deal when you’re an entrepreneur and you’re trying to do what less than 1% of humans can do, which is start and grow a successful business. You need to be at your peak optimum performance mentally, physically, everything. It’s all connected. Either not drinking at all or drinking minimally, that can definitely play a role.

07:47 Tim Strifler: Again, do your own research. It’s out there. There’s plenty of science to back it. We’re not trying to say that we’re doctors or experts or anything like that. We’re simply passing on the information that we think are healthy habits that can lead to success.

08:02 David Blackmon: Absolutely. All right, and last but not least is exercise. Exercise does a lot of things for you besides physically taking care of your body. It also helps with the mental mindset. I don’t know about you guys, but when I get out in nature and I just take a walk, it gets those creative juices flowing. It’s just beneficial on so many levels. Not only are you taking care of your body physically, but it seems to do something. There’s a direct link and a correlation with physical exercise and mental goodness. I don’t know why the word is escaping me, but you know …

08:49 David Blackmon: Mental goodness. Yeah, so exercise is important. Just a quick recap, healthy habits that lead to success, get plenty of sleep, get early to bed, early to rise, eat healthy, take care of yourself, exercise, and drink minimal alcohol. Don’t go out and get sloshed and hammered every night like some people tend to do sometimes. You’re going to find out. This is, again, part two of our Productivity and Life Optimization series.

09:24 David Blackmon: Tomorrow we’re going to talk about life optimization hacks for maximum productivity, these things that I keep trying to expose in the first two episodes.

When Should You Build a Custom Plugin vs Using Exi...

5 Reasons You Should Accept Credit Cards for Clien...

5 WordPress Hosting Solutions We Recommend (And 5 ...