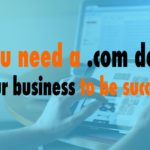 Do you need a .com domain for your business to be successful? | EP 704

WP Gears / Podcast / Business / Do you need a .com domain for your business to be successful? | EP 704

Do you need a .com domain for your business to be successful?

00:30 David Blackmon: Today in episode 704 we’re going to talk about whether or not you have to have a dot-com for your business to be successful. Tim this is a short episode right? Do you want me to reveal the answer, do you want to the answer is no, but you can talk a little bit about it so..

01:01 Tim Strifler: So it used to be that like dot-com if you didn’t have a dot-com it’s like you weren’t taken seriously on the internet because it used to be that there’s only dot-com.net.oregon.gov right? And then some maybe some country um domains. But um and so if you have.com it was like you’re an afterthought. But as the internet and what in online businesses just exploded and more and more websites were being built dot coms ran out like there’s only so many words in the english language and other languages uh to be able to have a dot com and so they created a bunch this is probably like what five seven years ago David ?

01:48  Tim Strifler: Yeah probably probably within the last decade or so, Yeah so then they created a bunch of new ones you could have dot cloud dot hovs dot you know just dozens of new ones. And so um now there’s a lot more room. But now there’s still kind of some stigma. Stigma between having a comm and not having a dot-com and stuff like that. And so um the bottom line though is no you don’t need a dot-com right there’s you see tons of really big popular established companies that are using a non-dot-com um and so uh you don’t need a dot-com. However what you do need to make sure is that the name isn’t being used like that that whatever name you want to use for your business and your domain that it’s not already being used by an established brand. Right so for example David’s company his name is Aspen Grove Studios right there’s another Aspen Grove Studios like if asthma growthstudios.com was taken and it was by a you know similar type of company making you know creative uh websites and and software and stuff like that. Like it would be kind of dumb if they went and use Aspen Grove Studios dot web you know or something like that because there’s already someone that’s using it. But say the dot com was taken but it wasn’t actually being used someone was just squatting it and David and Corey said, you know what we’re not going to try to negotiate for this domain we’re just going to use something else a dot web or you know dot awesome or whatever, and so they still use the name with a different domain because they’re not competing with a different brand. That’s when i think it’s okay to not use a dot com the important thing is is that you’re not using the same brand name as an existing company. Would you agree David anything i’m missing there?

03:45 David Blackmon: Tim, Tim is not gonna let me talk this episode..

03:53 David Blackmon: Yeah bottom line you don’t have to have it there’s lots of tlds in this day and age just make sure it’s not taken and trademarked. And you’re going to get in a lot of trouble. WordPress for example will not allow you to use their name in a you know in their url and stuff. You’ll get cease and desist letters left and right. So make sure there’s no competition um if you can but it doesn’t mean that you have to because if they’re a low ranking domain and you know what you’re doing. You can absolutely outbeat them it doesn’t matter um you just don’t want to be swimming upstream so to speak so yeah so no you don’t have to have a dot-com divvy.space. So all right, tomorrow we’ve got another great topic our five best tips for being as productive as possible. Until tomorrow we’ll see you then.

An Additional Tool We Love for Increasing eCommerc...

3 Characteristics You Need to Be Successful in Web... 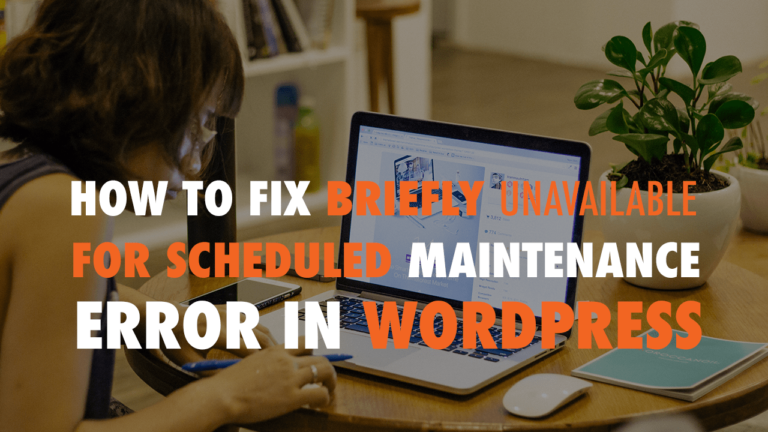 How to Fix Briefly Unavailable for Scheduled Maint...