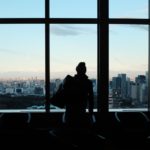 5 WordPress Companies You Should be Following in 2019

00:21 David: Hey everybody, welcome to another episode of WP The Podcast, brought to you by WP Gears. I’m David Blackmon.

00:38 David: Today we’re gonna talk about five Word Press companies you should be following in 2019. Tim and I follow all five of these companies and they’re awesome. And the reason why we follow them is the put out a lot of extremely valuable content in the Word Press space, whether it’s through blog posts, video content. Two of them have two of the biggest and most well-read blogs in Word Press, and they just put out a lot of great content. And then the others are just really awesome companies to follow and stuff.

01:14 Tim: Yeah, absolutely. And I think also the ones on this list are companies that we see are doing things in 2019 in the wider Word Press community. And so, they’re ones that you’re gonna want to follow because they’re making things happen.

01:30 Tim: And so the first one on the list is Elegant Themes. It’s no secret that David and I are big fans of their divi theme, and we have product businesses built around it. As David mentioned, they’re one of the ones that have the most popular blogs on Word Press, on the Internet. And so, definitely worth following, lots of great Word Press content. Obviously they also have divi content if you are using a divi theme. But they have the most popular Word Press theme in the world, divi. It’s used on more websites than any other Word Press theme, and as a result, also the most popular page builder. And so they’re doing things, they’re making waves. A lot of the other competitors watch them to see what they do. Not to say that they don’t take things from their competitors as well, but they’re definitely one that you want to keep your eye on, even if you’re not one to use a page builder or you don’t use divi, definitely be on the lookout for what they have coming.

02:27 David: Yeah, and I’m gonna say, I’m gonna agree with Tim ’cause number two on our list has a very, very popular blog, and they’re also a Word Press product creator. And that’s WPMU DEV. And I don’t want you to misunderstand what we’re saying. They do not produce content around their products only. They produce a ton of valuable content for Word Press as a whole. I mean there’s pretty much not a Word Press topic that you can’t Google, no matter what it is, and these two websites aren’t gonna come up page one with some type of blog post written on it.

03:03 David: So, WPMU DEV is doing some amazing, awesome things. They’re innovating in 2019. They’ve … We know personally because Tim and I know, we know Josh, we know Micah, we know several of the WPMU DEV teams, they’re friend of ours. So we kinda … We get to talk to them and hear about all of the exciting, awesome stuff that they have coming and what they’ve been working on. And I’m gonna tell you, you’re gonna want to keep your eyes on WPMU DEV. They’re reshaping and redoing some things internally in their company, and they are just gonna do some awesome stuff. And if you haven’t checked out their new podcast, Hello WP, you really need to. They’ve done a great job there as well.

04:36 Tim: Yeah. Absolutely. The next one on the list here is the Aspen Grove Studios, which is David’s company. Him and his partner, Cory Jenkins, have an amazing website aspengrovestudios.com and some people might think, “Oh, they have divi products, which they do, but Aspen Grove Studios, I know firsthand because I’m good friends with these guys, they’re gonna be doing some amazing things in Word Press. David, I don’t want to say too much ’cause I do know some inside information, but I’m pretty sure you have publicly mentioned the 42 Gutenberg theme-

04:22 Tim: … that’s gonna be coming out soon. Okay. And then there’s another secret project that I won’t talk about, it’s going to be maybe even more amazing than the 42 theme. So yeah. Super exciting stuff, definitely be on the lookout of what’s coming out of Aspen Grove Studios in 2019.

04:40 David: Yeah. We’ve got some really awesome fun initiatives, and we’ve got some things that are really going to … could potentially change the landscape of the way people do things with Word Press and stuff. Especially the way that they manage and import and export layouts and themes and stuff. So, that’s all I’m gonna say. That’s your little sneak peak.

05:02 David: The next one on our list is Pressable. Pressable is a hosting company, and they are owned by Automatic. And these guys are doing some really, really awesome stuff as well. They are, you know, collaborating with a lot of the Word Press community to help share and get those brands out in the Word Press ecosystem even more. But they’re also, you know, partnering with key people in the Word Press space to innovate on the hosting side of things, you know, so that … Well, I don’t want to give away a lot of what Pressable’s doing either. Just go follow them in 2019. It’s a company you’re gonna wanna watch. Even they they’re owned by Automatic, they’re doing some awesome amazing things.

05:52 Tim: Yeah. And the last one on the list here of the five Word Press companies you should be following in 2019 is none other than our company WP Gears. WP The Podcast is under our WP Gears brand. And the reason why we put ourselves on this list is, well-

06:08 Tim: I’ll give the shameless plug. But we also have a lot planned for 2019 in terms of courses. We already have our divi business expert course, where you learn how to build a business around Word Press and divi. We have some exciting things coming out, Facebook ads course and emo marketing course. So stay tuned for those. We also have some great content, in addition to of course the WP podcast.

06:34 David: Yeah, I was gonna say, the daily podcast, WP’s podcast. That’s a valuable resource in and of itself right there. So … Well those are our five companies that we think you need to be watching in 2019. They definitely have some amazing stuff coming up. Just keep them on your … Bookmark them. Do people even bookmark still Tim? Probably not.

07:10 David: All right. Tomorrow we’ve got another great topic, how to become an authority online. Tim? Until tomorrow. We’ll see you then.

Different Kinds of Chat Bots You Should Consider |...