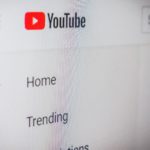 00:28 David Blackmon: Hey everybody. Welcome to another episode of WP the Podcast, brought to you by WP Gears. I’m David Blackmon.

00:40 David Blackmon: Almost forgot my name Tim. It’s been a fun, busy day. Man, we have got a great topic for you today, Five Tips for Growing an Effective YouTube channel. An episode, I believe it was 506 we talked about how to connect with your audience on YouTube. I will repeat a little bit of information here.

01:05 David Blackmon: YouTube is the number two search engine in the world. It’s powerful, it’s important and if you can get on that platform it can definitely help your business and stuff. We want to give you five tips for growing an effective YouTube channel if you’re brand new and starting out. Do these five things, these are going to help you with getting subscribers and ultimately getting ranked on YouTube with your content and stuff.

01:32 David Blackmon: First thing is, it may sound about as basic and simple as it could possibly be, just hit record. I can’t tell you how many people, I see, that have to get all of their ducks in a row and have the right camera and the right equipment and the studio and the lighting and all this stuff, you know, phones are extremely powerful things. If that’s all you’ve got, what’s important is just hit record. Start recording, get yourself on YouTube. When you get there and you want to invest in better gear and equipment and take it to the next level and stuff, you absolutely can do that, but most important, number one, just hit the record button.

02:21 Tim Strifler: Yeah, that’s huge. You can always upgrade all the equipment and stuff later. Yeah, just start recording and getting it out there is hugely important.

02:30 Tim Strifler: The next thing on the list here is, custom thumbnails. This is a big deal. Basically what this is talking about, custom thumbnails is when you see a YouTube video, before you hit play, you’ll see the thumbnail and if you don’t create a custom one, YouTube will randomly choose just a random clip from your video or you can choose your own clip from the video. But those aren’t going to entice people to want to click on your video, just like having a really good headline is important for blog articles, email subject lines and all of that, a custom thumbnail is even more so, because it’s visual and so you want it to grab their attention. If you’ve been on YouTube before, you’ve probably seen a lot of the YouTube channels that will have really well designed thumbnails, that will have, like maybe a clip from the video, but then also it’ll have big, bold titles saying what it is and they’ll add some graphics in there, make it look really pretty and eye-catching and so that’s a big deal. That’s gonna increase your views, ’cause it’s gonna entice people to want to watch your video.

03:35 David Blackmon: Absolutely. Third on the list is titles. Titles are very, very important. Make them engaging, make them relevant to the content that is being produced on YouTube and placed on YouTube, but choose a good title. There’s an art to making good titles. It’s the equivalent of a blog post title. You want people to click on it, just like the thumbnails is visual engagement, you know, the titles are important too. Why would I want to read this article, because it’s going to teach me how to grow an effective YouTube channel, which is what I want to do. Make sure that your titles are set and take some time and if you don’t have experience with that and you don’t know, Google it. Go to Udemy or one of these other platforms, they’ve got courses on content writing and things like that, it’s going to help you greatly.

04:31 Tim Strifler: Yeah and take hints from some of the top YouTube channels, either in your niche or just overall and kind of see how they write titles. Don’t copy their titles obviously, but see kind of the format that they use. For example, Casey Neistat, one of the biggest Vloggers in the world, you’ll notice he has really enticing titles that make you wanna watch the video, but the entire video isn’t about that one thing, that one thing that is in his title, might only be like 10% of what the video is actually on, ’cause it’s a vlog and so it has a lot of different storytelling, but he picks something that he knows is gonna get people to want to click on it and watch the video.

05:10 Tim Strifler: Next thing on here is audio quality. Well, David mentioned in the first point, just hit record, don’t worry about video and lighting and audio and all that, 100% agree, but having good audio is really important, so once you kind of get in the routine and you know this is something that you’re gonna stick with, I would say that’s the first thing that you want to upgrade to, is getting a really good microphone and I say really good, really you can spend a $100 bucks and get a Blue Yeti microphone or some of the other popular ones around that price point and it’ll make a really big difference compared to just using Apple Air Pod microphone or the built-in microphone on your computer. That’s definitely the first thing that will really improve your overall video. You don’t realize how much of the total video quality is actually just the quality of the audio.

06:01 David Blackmon: Absolutely. Fifth on our list, but definitely not least is quality content. That is huge. Don’t jump on YouTube and tell ’em how great you are, and how much they’re going to love to come over and buy your stuff because you want them to spend money with you for whatever reason. Produce some good quality content. Make it valuable to the end user. Don’t be afraid to share your knowledge. Teach people how to do things in your industry, it’s whatever you’re the expert at. I promise you it’s going to pay off for you a 1000 fold in the long run because you’re going to get a really loyal subscriber base that’s going to come back over and over and over again to watch your YouTube channel and if your views are getting up there, it’s hittin’ all the YouTube’s algorithms and stuff, length of watch time and view count and all that stuff and then ultimately drives back to your website, which if you’re selling products or services or whatever it is, it’s eyeballs on there and potential for new customers and stuff. Just make sure that you produce real high quality content and stuff.

07:13 Tim Strifler: Yeah, so that was the fifth tip and the title of this episode is Five Tips, but we actually have a bonus sixth tip, which is proper tagging. Now, YouTube allows you to add tags. Say you’re creating a video on how to design a website, well you can add tags for web design, web development, WordPress, [Divvy 00:07:33], you know everything related, that you’re talking about in your video and that’s gonna help it with the search and so, obviously you don’t want to put in things that don’t have anything to do with your video, you only want it to pertain to your video and that’s going to help in the search, that’s going to help with the related videos, so that’s really important, is to spend some time doing proper tagging.

07:57 David Blackmon: All right. Tomorrow we have another great episode, Why You Need to Create a Process for everything you do. Tim, until tomorrow, we’ll see you then. 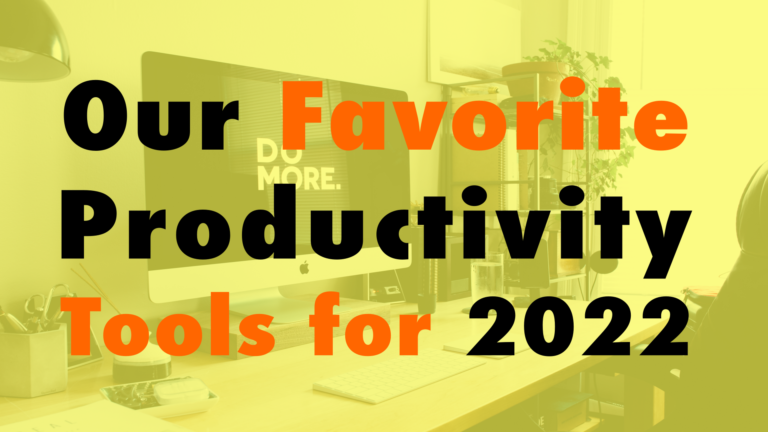 Beginner Series Part 6 – How to Properly Use...