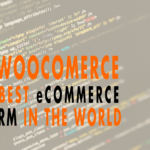 Why WooCommerce is the Best eCommerce Platform in the World

00:36 David Blackmon: Today we’re going to talk about why will commerce is the best e-commerce platform in the world. Tim I think I’m starting today we didn’t even plan on how we’re gonna do this so we’re gonna we’re gonna do it live. I’m gonna go ahead and start one reason why will Commerce is the best e-commerce platform in the world. Is it’s the most popular they own 30% of the market share WordPress is huge more web sites are built on the WordPress platform than any other platform in the world and WooCommerce is owned by the company that owns WordPress automatic hence there’s more ecommerce more world commerce platform websites built than any of the other. Matter of fact I want to say it’s some crazy stat like all of them combined don’t even come close to what the market share that WooCommerce has I could be mistaken but I think I’m right on that.

01:33 Tim Strifler:  Yeah I think so too yeah 30 percent market share last I heard it could be more now I mean there’s a lot of benefits that come with that which means there’s you know an extension for WooCommerce for pretty much anything you can think of and then there’s so many developers that know WooCommerce that are writing tutorials and snippets and stuff like that and so because it’s so popular there’s an unlimited amount of resources and support that you can get because of it. And the next reason is open source it means you can do anything you want on other platforms like Shopify Wix Squarespace it’s a proprietary platform it’s locked you don’t get to choose what you want on there you know they have a you know a plug-in or App Store or whatever they call it and you can add different functionality. But only if it’s been officially added and approved by them. And stuff like that you can’t just hire developer to go in code whatever them and stuff like that you can’t just hire developer to go in code whatever you want with with WooCommerce that’s open source you can do literally anything you want you own it you can do you know you can completely change it if you want you could add your own functionality it’s completely up to you you own the platform.

02:44 David Blackmon: Matter of fact you could even fork it if you have that development chops and build your own e-commerce based off of it if you can make it better

03:10 David Blackmon: Wonderful world of open-source. Gotta love it. Alright last but not least is WooCommerce is free sort of the basic  WooCommerce install for WordPress is free you can go download WooCommerce in the repository install it and have a fully functional ecommerce website now is that gonna be and meet all of the needs that you may have for your business probably not but the good news is Tim said you know there are lots of developers out there who have created amazing third-party products for WooCommerce my company being one of them. Aspen Grove Studios we have a line of WooCommerce products product sales, report Pro export order items you know we have probably about ten WooCommerce specific plugins that that that are you know in the repository we have free versions as well as paid versions of most of them. And they have tens of thousands of installs and stuff so yeah it’s it’s free like we said sort of if you want to get.

04:17 Tim Strifler: Yeah you actually we skipped number three. Though oh we done oh yeah you so with WooCommerce another benefit is you
own your content. You own the customers everything else. I kind of talked about open source meaning you can do whatever you want but when another benefit of WooCommerce is is everything belongs to you.  Right when you’re if you’re locked into Shopify Wix Squarespace you’re locked into their proprietary platform and so moving your site from Shopify to somewhere else as a pain but with WooCommerce you can move it to any server you want you can download the content you can make your own proprietary platform if you want like you own yeah everything that’s huge yeah yeah that is huge.

04:58 David Blackmon: I looked at that. Sorry about that Tim and I saw you said you’re not locked into the proprietary and you talked about and I thought you were covering one two and three at the same time. Yeah I blame those I did kind of yeah I blazed on I was just rolling with it here’s the benefits of seeing how we do it live and stuff we sometimes even you know kind of bypass and miss some things but Tim is 100% correct that’s to me that’s the most important thing on the list is you own your own content and stuff. That’s huge it’s a really big thing you know it’s funny I said we sent out an email blast today Aspen Grove studios calm or Divi space actually the beginner’s guide to WooCommerce order reports so we just wrote a big blog post on creating you know reporting and stuff with with WooCommerce. So and we put out a lot of content and stuff on around will commerce. So if you’re interested go check it out. Tomorrow we’ve got another great topic why you should develop websites locally
it’s probably gonna be mostly Tim talking I’m just letting you know so if you want to hear Tim come listen to tomorrow’s episode. Until tomorrow we’ll see you then. 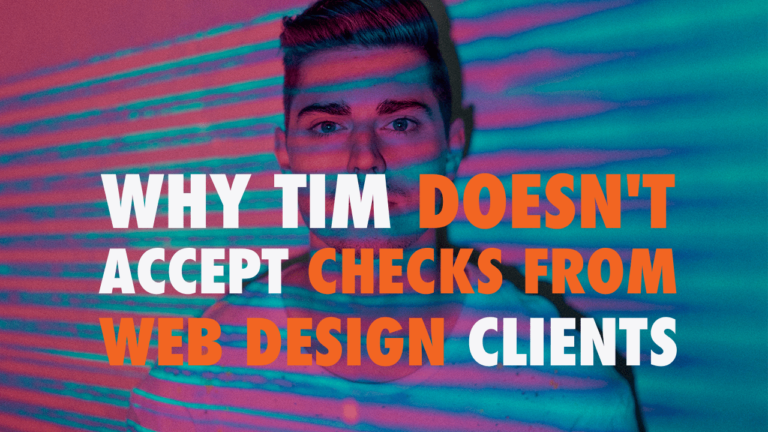 The Importance of Getting Feedback from Clients, C...