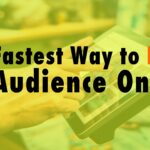 The Fastest Way to Build an Audience Online | EP 824

The Fastest Way to Build an Audience Online

00:38 David Blackmon: Today in episodes 824 we’re going to talk about the fastest way to build an audience online. Yesterday we touched on the number one thing that you can do to be successful online, now we’re going to talk about how to build an audience online. And Tim has a little bit a nugget of information that he wants to share with you from yesterday’s episode just just to throw it in there.

01:05 Tim Strifler: Yeah so we’re talking about sharing your expertise and um I was mentioned how like that’s how you can be successful in line is by sharing your knowledge and and providing value. And so I mentioned you don’t have to be an expert, you don’t have to be a guru to share what you know online. And so um I mentioned that there’s a phenomenon or a concept, I couldn’t remember the name of it that basically it’s like that like as you learn more you realize how much you don’t actually know. In the beginning your confidence is like way up because you think you know, a lot. But then as you actually learn more your confidence goes down because you realize how much more there actually is to learn about you know whatever. And the phenomenon is called Dunning Kruger effect. So it’s basically confidence on one access competence on the other access and there’s a line that shows they call it the peak of Mount stupid. It’s pretty funny because your confidence shoots up as you just learn a little bit about something because you think like “oh wow I know a lot about this whatever it is”. And so but then as soon as you learn more you realize “oh wait like I just that was the tip of the iceberg was actually so much more”. So then your confidence shoots down into the valley of despair. Uh so anyways uh you can look it up Dunning Krieger effect there’s an awesome graph on Wikipedia there’s a few different versions of it but um well anyways yeah.

02:35 David Blackmon: I think we’re going to link it in this episode, we’ll link it in the other episode as well, but it’s very applicable to today’s topic which is how to build an audience online. You know, there are multiple ways that you can build an audience online and one of them is absolutely um what we talked about yesterday provide value and stuff. Uh you know allow you know, teach people what you know. So if you have a business that that does something and you know obviously you want to sell your products and or your services, however there’s a lot of a lot of value in you know solving problems around your Niche. So WordPress is a massive thing it’s huge, it’s building websites it’s maintaining websites, it’s having a business and selling your products, you’re not even a website developer or maintainer but you’re a business owner and you have your website built on WordPress for example. So there are many many many many many many things to do in the WordPress world and that you as a business owner or a WordPress developer may have a lot of knowledge You may be building websites for clients but you may have a good understanding of digital marketing, you may have a good understanding of site architecture and how to build the website properly, people probably aren’t going to be able to build it the way that you build it, but don’t be afraid to like share that knowledge and stuff. So helping people freely giving them you know um valuable tools that they can use around the niche that you’re in is going to help you build an audience. And the reason why you want to do it in the niche you’re in is because you want to build an audience that’s interested in your stuff, your your whatever you’re doing. So if you’re a WordPress developer and that’s where your business is and you want to make money from that online, but you also have a side hustle of craft brewing beer, you know and you make no money and don’t ever plan on doing it if you’re sharing all of your knowledge about your craft beer nobody’s really going to know about your WordPress life and stuff. So you kind of do want to share you know, stuff that is relative to the thing that you’re making money with as well. And I think you know there’s obviously paid options and stuff and I think Tim is probably better suited to talk about you know the options of paid routes of building audiences and stuff.

05:14 Tim Strifler: So yeah, the the fastest way to build an online audience is in my opinion is providing value and then driving traffic to that value, right? And and providing value for free that is designed to specifically attract the audience that you want to grow. Right, which in most cases is going to you know be an audience that you’re going to sell something to in the future. Right now we’re kind of talking about like education and stuff like that but this could be really anything you know like you can um like for example, I don’t know why this popped in my head but can he sing he’s the lead designer for elegant themes, he has a whole like side hobby slash side business where he does uh pottery and he’s in like I mean as fantastic as a of a designer, as he is he’s equally as incredible at Pottery. And so he has like a pretty big audience of people that follow him and his his free value is that he’s showing what he’s creating, and he’s uh like talking about like what he did, and how he did it and and everything. And then he also sells um a couple things one he sells his pottery and you can buy and I’ve actually bought mugs from him, um and then he also has done some in-person like classes where he or workshops where he teaches people. Right and so he’s built up an audience online through providing awesome free value content through Instagram. Right it doesn’t have to be through Instagram. Um I don’t I think he got some Free Press, I don’t think he’s done anything like ads or anything, but that’s just like one example but I mean you can create tutorials like what David and I have done. Um you can create any type of free value and then you drive traffic to it. So through social ads you can do it that way through Google ads um you know which is a different type of ad because it’s based off of keywords.  So yeah, so that’s that’s how you build an audience online. You provide value and you drive traffic to it. Right, and the value you provide and the type of traffic is going to depend on the exact Niche exact industry what you’re trying to achieve, what you’re going to eventually be selling. So a lot of variables there but that’s the essentially the the formula.

07:38 David Blackmon: Boom! Awesome! All right uh tomorrow we’ve got another great topic is WordPress the best platform to launch a course. Until tomorrow we’ll see you then

Previous podcast The #1 Thing You Can Do To Be Successful Online | EP 823
Next podcast Is WordPress The Best Platform To Launch a Course? | EP 825

What Kind of Content Should Web Designers and Agen... 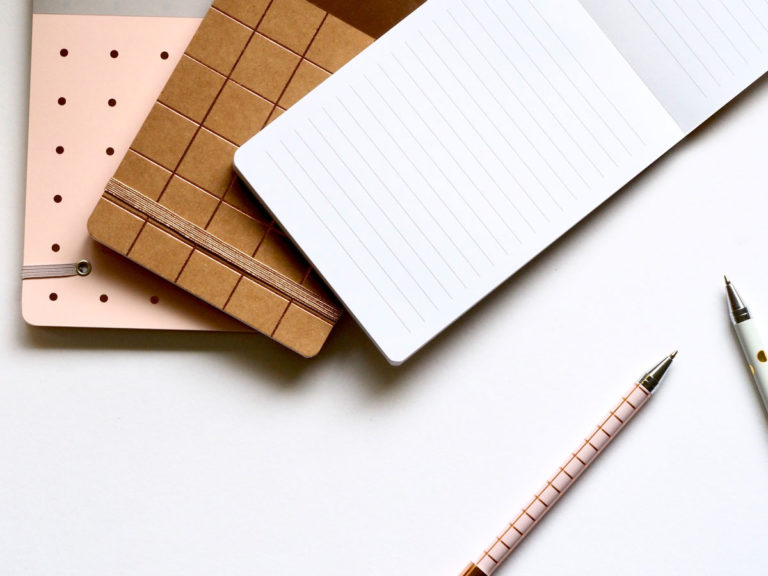 Why You Need To Create A Process For Everything Yo...