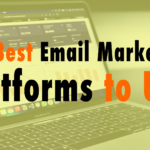 The Best Email Marketing Platforms to Use | EP 696

The Best Email Marketing Platforms to Use

01:27 Tim Strifler: Yeah so the most popular and that’s what i use and it’s what we use for wpgears.com is Mailchimp. Now mailchimp has by far the largest market share and a big part of that is, because they have a free plan where a lot of the other ones don’t. Um and so i am no longer on the on the free plan had the upgrade to the paid plan a long time ago for the the different feature premium features that i wanted just the the length of size i think you only get two thousand contacts with the free plan, but it’s a great way to get started with email marketing because it doesn’t cost you anything. Uh and David actually just set up a new Mailchimp account for his new podcast, so he can definitely tell us about that experience because i haven’t set up a new account in quite some time,  but Mailchimp is awesome, has all the features that you need very user-friendly and i highly recommend it, has outstanding deliverability which is kind of the whole point so

02:10 David Blackmon: Yeah it is it’s totally the whole point you’re right. I just started a new podcast called Unpopular Path, hopefully by the time you hear this episode there will be distributed to all of the podcasting platforms out there and check it out it’s not a business tech it’s a very personal podcast. So uh it’s about healing so if you’re into you know vulnerability and healing go check it out. Um and i did just set up a new Mailchimp and i will tell you it’s changed a lot. Now Tim and i use it for WP Gears but Tim’s really the guy that manages that aspect of it for us because he’s familiar with Mailchimp. I use number two on our list which is Get Response. That’s the one that was recommended to me several years ago and that we’ve used and honestly um it has changed a lot. Just like Mailchimp has changed a lot um they’ve gotten better they’re they’re more i would say more intuitive than they were years ago when i started uh they’re they’re a lot more user user-friendly because i think a lot more people are getting into email marketing that aren’t professional marketers, and these platforms can tend to be overwhelming if you’re not an expert and it’s not your daily thing that you’re focused on and stuff. But now they’re drag and drop they’re super easy to use it’s pretty intuitive Get Responses that way and Mailchimp i noticed has had a lot of changes as well for the two thumbs up positive side so i’m actually excited to learn more about Mailchimp. Then um you know because i’ve been wanting to dive into it for a while um because you know Tim and i are probably at some point to do an email marketing course, and we’re probably going to focus on Mailchimp and i really want to sink my teeth into it and um he raves about it all the time and i just want to know what the hell he’s raving about.

04:23 Tim Strifler: Yeah and it used to be that mMailchimp was very um

04:33 Tim Strifler: Well i was going to say basic compared to like Get  Response an Active Campaign where they are like very marketer focused and had a lot of advanced marketing features and stuff, and Mailchimp didn’t have those features. So a lot of people say “oh yeah i got a ditch Mailchimp you got to come over here so you get all these automation”

04:40 David Blackmon: Yeah that’s what happened that’s why we moved away.

04:43 Tim Strifler: Yeah and then kind of shortly after that all happened Mailchimp’s like okay yeah so they they caught up and so now you can do the automations and the tagging and stuff that used to not be possible. So now Mailchimp is full-featured, however one thing that they don’t have that the next the number three on our list does have Active Campaign um is Mailchimp doesn’t have a way to visualize your automation, so and Get Response probably has this too where you can you can basically… it’s like a mind map where you can see it see the whole picture, and you can you know drag things around and add new triggers and new new uh sequences and stuff like that. So i i hope Mailchimp does add that feature that’s the one thing that i think is lacking um from from these other two but yeah Active Campaign number three on our list very very popular uh lots of great features i haven’t used it extensively like i have Mailchimp. So i don’t have a ton to say but i do know that a lot of people that i that i uh respect and trust that are very experienced marketers they rave about it so we definitely do recommend it. But yeah those are the whittled down list because as David mentioned in the beginning there are so many different platforms out there and they all try to come up come out email marketing from a slightly different angle and add some additional things on it, but when it comes down to it you need something that can collect emails and send emails right and then obviously adding you know the automations and stuff like that on top of it is is important too but yeah so those are our top three: Mailchimp, Getresponse, Active Campaign.

06:28 David Blackmon: Boom awesome! Well tomorrow we have another great topic i love talking about the the marketing topics myself, So um tomorrow we’re going to talk about how to get found on google, Tim until tomorrow we’ll see you then. 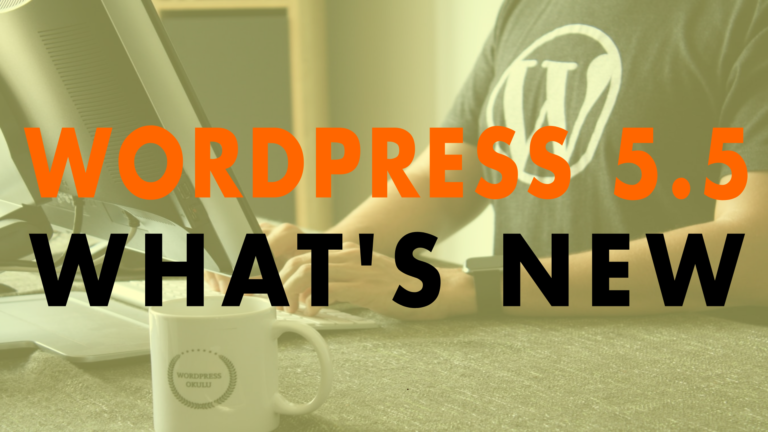 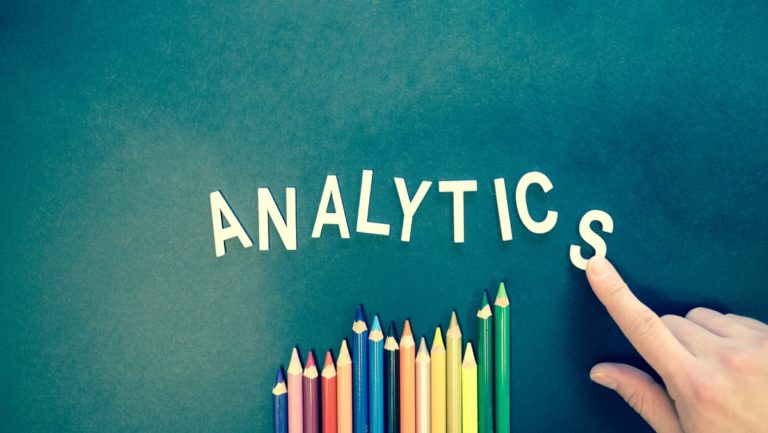 What Metrics in Google Analytics Should You Care A...

I Spent Hours Fixing Something That Wasn’t B...