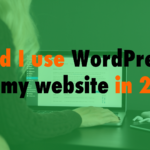 Should I use WordPress to build my website in 2022?

00:38 David Blackmon: Today in episode 813 should i use WordPress to build my website in 2022? Obviously technology advances WordPress has been around a long time, is it old and should i try some of this newer fancier stuff, like we talked about artificial intelligence for content. But guess what? There’s even artificial intelligence for building websites and stuff, so should you be using one of those should you use something else that you may be seeing all over the internet or on tv or on the radio. Squarespace wix weebly there’s a lot of options out there, and we decided obviously we’re WordPress guys. I’m not going to say we’re biased but we’re probably pretty biased. Um we’re going to try to be unbiased when commute talking about these other platforms and stuff, but Tim in your opinion should even should, you build your website on WordPress in 2022, or should we get some of these high-fangled artificial intelligent you know ai things that build it for us?

01:51 Tim Strifler: Well let me just say this, WordPress powers 43% of the internet. Now in general, just because everyone else is doing it doesn’t mean that it’s a good idea necessarily right. However in this case it does, because the fact that 43% of the internet is powered by WordPress means a couple other things in addition. So for example there are hundreds of thousands of WordPress plugins that will help you extend your WordPress site. So that’s a reason to use WordPress. All those additional tools, um and because WordPress powers forty to forty three percent of the internet it is the most like widely uh yeah it’s most widely used. But you have the most help available. Right, and that can come in the form of blog posts that can come in the form of forums, it can come in the form of uh hiring a developer so it’s this isn’t some rink-a-dink platform, like no this is used by 43 of the internet. Which means finding someone who is competent to work on your site if you need a developer it’s going to be really easy to find someone. And also you could google just about any WordPress problem that you have and you’re going to find a solution out there that someone else has dealt with and published you know the the answer for you. So those are just a few reasons why i think you should use the WordPress because of how popular it is.

03:15 David Blackmon: Yeah, it’s highly supported as i think the word that you’re the the right, and yeah and that is 100 correct WordPress is highly supported anywhere in the world. It doesn’t matter what language you’re you speak or what what part of the world you’re in, WordPress is going to be supported there. You know like Tim said 43% of the internet’s built on it and and it’s open source and it’s free, and i think when you have something that isn’t proprietary and enclosed and and it’s open and the entire world can contribute to it which is in essence what happens with WordPress. There’s core contributors and there are people from all over planet earth that may come in lend their expertise, have a great idea help to improve the platform, and then step back when they’re not, and somebody else steps in. It’s just a it’s an ebb and flow of really a a beautiful thing that they’ve created and stuff. And a lot of these other platforms aren’t you know they’re proprietary they’re kind of closed systems and shut down which um you know you’re kind that means that you’ve basically got to play by their rules. WordPress the sky’s the limit, your creativity and your experience and knowledge. You can do anything with it that you want to that, you’re able to these other platforms. Not so much they’re not going to allow you to do that, so i agree i think WordPress is fantastic. I love the open source community, i love the fact that you know, i can it’s highly supported i can get on youtube and watch tens of thousands of hours probably on how to build a WordPress website. And then i can and i can have a website built pretty quickly. Uh it may not be the greatest thing in the world but you know, what i can do it if i want to and i like that option. So my vote and answer is heck yeah, you should in 2022. Well yeah anything else Tim?

05:25 Tim Strifler: No i think that covers it pretty well.

05:28 David Blackmon: Awesome. Well until tomorrow we’ll see you then.

Previous podcast 3 Easiest Payment Options for any Ecommerce Website | EP 812
Next podcast Do you need to be on social media to get web design clients? | EP 814 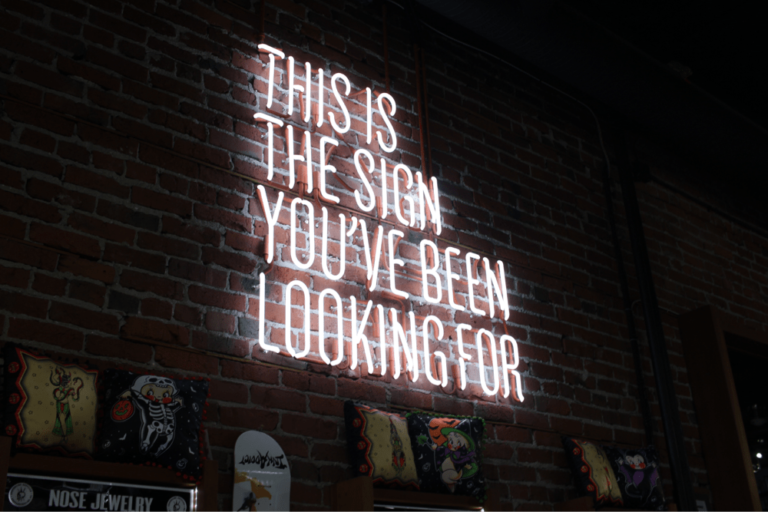 6 Marketing Tools You Should Be Checking Regularly...