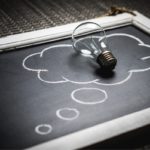 Focus is the Key to Success

00:38 David Blackmon: Tim, today, we’re going to talk about focus, and it is the final part of our four-part series, Productivity and Life Optimization. If you haven’t listened to the previous three episodes, go back and have a listen to them because we think they’re very valuable, and if you’re a business owner and an entrepreneur, taking care of yourself’s really important. We’ve given some life hacks in episode 486, life optimization hacks, we’ve talked about healthy habits that lead to success in 485, and in 484, which was part one of the series was “your brain’s broken, now let’s fix it,” and we talked a little bit about our society today and what technology has done for us. As amazing as it is in all of the advancements that we have, there has been some downfall to it and stuff, so go back and listen to those episodes.

01:33 David Blackmon: Today, we’re going to talk about focus. Focus is the key to success. Being able to focus on the task at hand or the bigger picture is, it really is a skill that you can master and learn over time if it’s something that you struggle with. Tim? Want to get us kicked off?

01:54 Tim Strifler: Yeah, and this focus is one often things that it takes a lot of discipline. You have to be very intentional about it, and so the first thing here on our list that can help you is focus on one thing at a time. We are in a society of multitasking. We all try to do so many things at once, but it’s a fact that multitasking makes you stupid. If you take a really smart person and have them try to do a task while they’re doing two, three other things, and then you have a really dumb person and just give them one of those tasks, the dumb person is going to complete the task better and faster with less mistakes. This isn’t just hypothetical. Studies have been done with this exact thing. Multitasking literally decreases your IQ, and so if you can focus on one thing at a time, you’re going to do it better, you’re going to do it right the first time. It’s going to help you have clarity with what you need to do.

02:51 Tim Strifler: We have some tips that can help you do that. I’m going to say the first thing here is basically don’t have a million tabs open. I am so guilty of this. I have multiple browser windows. Each one has like 10 tabs open, and I have so many different things. It’s like an addiction to go and look at those tabs, look at my email and stuff. David’s going to talk about some more practical ways, but yeah, focus on one thing at a time. It’s huge.

03:21 David Blackmon: I just counted how many tabs I have open in this one browser that’s on my monitor, and this doesn’t count the other browsers that are open on my browser. Twenty two tabs, Tim, in the one browser. I mean, that’s insane. It really is. I agree with it.

03:38 David Blackmon: Next thing you’re going to want to do is eliminate distractions. Shut down your email. Leave your smartphone in another room. Tell your loved ones, your family, friends that you’re unavailable during certain times. “Hey, this is work hour. I can’t take calls here unless it’s an emergency.” I recently started communicating with Joe over at WP Buffs, and every time I email Joe, Joe has an autoresponder that sends it back, and he’s the only person that this has ever happened to, but whenever I email Joe, I instantly get this, “Hey, look, I’m not checking my email right now. It’s shut down. I’m focused on work, and I check my email between this time and this time,” to let people know that when they email him, don’t expect an immediate response.

04:29 David Blackmon: I think that’s part of what technology has done for us is it’s turned us into a, we’re on 24/7. You can get in contact with us all the time through social media, through phones, through cell phones, text messages, whatever. If you can, eliminate some distractions. Find out which ones are your biggest distractions, and see if you can put some boundaries in place to help eliminate some of those.

04:36 Tim Strifler: Yeah, that’s huge because if you’re trying to a website, and you keep getting distracted by new emails coming in, new text messages on your phone, getting a Facebook Messenger alert, a Slack alert, you’re getting a phone call from a family member, all of a sudden, that two hours that you had planned to finish a homepage for a client, well, now you have a terribly half-focused homepage that looks like crap instead of something that you’ve given all of your attention to. Yeah, those are, yeah, great tips.

05:38 Tim Strifler: The next thing is focusing on one major project at a time. Now, this isn’t always possible. Sometimes, we have different things cooking, different projects that we’ve accepted; however, I’m saying, for example, again, if you’re doing client work, which I know a lot of our listeners do, they build websites professionally for clients, have one day where all you work on is that one client’s project. That’s all you do. You eliminate the distractions as we talked about. You’re focusing on one thing at a time. The next day, or maybe two days later or whatever, you’re now moved on to another client project because every time you get interrupted by something, it pulls your focus, you have to remember where you left off. If you’re trying to juggle multiple projects at one time in the same day or the same afternoon, well, that’s going to throw off your focus. You’re not going to be able to work as well, work as efficiently, and it’s going to just totally hurt your productivity.

06:37 David Blackmon: Well, this brings us to an end of our Productivity and Life Optimization series. We hope you’ve enjoyed this four-part series. We do think that it’s very applicable to running a WordPress business. I mean, if you don’t take care of yourself physically and mentally, you’re not going to be the best you can be, not only for yourself, but for your clients as well. I guarantee you, if you start doing some of these things, you’re going to find out that your business is probably going to improve as a result.

07:06 David Blackmon: If this is something that you enjoyed, this series, please let us know. Head on over to wpgears.com. Comment on one of the episodes and say, “Hey, I loved this. This is so what’s going on with me. I’m just like David. I don’t eat until noon, and I’m hangry by that time, and then I grab the quickest, fastest, most unhealthy thing.” Let us know because it lets us know that we’re not alone, and maybe we can help hold each other accountable going forward in the future and stuff and support each other.

07:42 David Blackmon: Tomorrow, we’ve got another great topic on WP The Podcast. Tim, until tomorrow, we’ll see you then.

What WordPress Dynamic Content Is And Why You Shou...

7 Reasons Email Marketing is the Most Effective Ma...